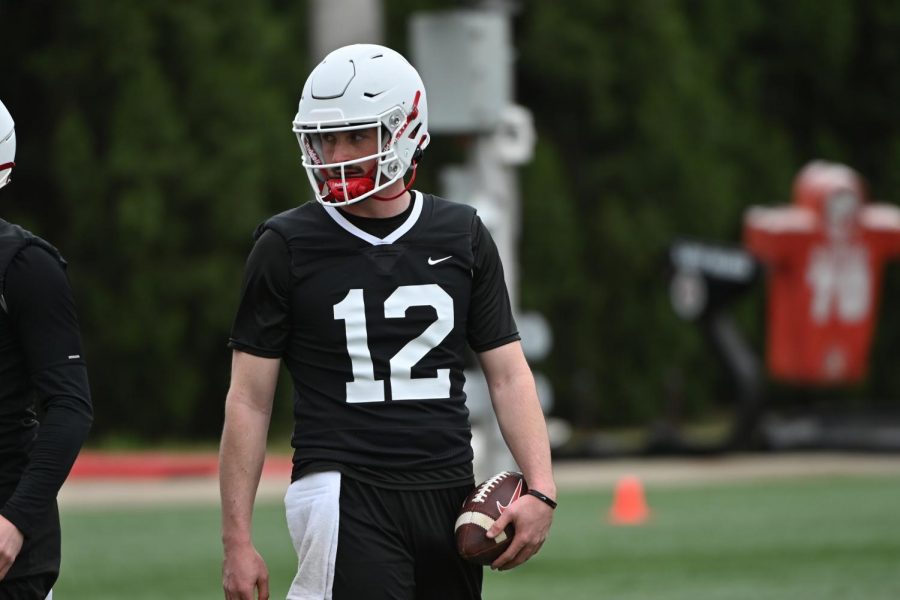 This was also the second practice for new linebacker coach Pat Bastien, who was hired by WKU on March 5, 2021.

“It’s awesome. The kids have so much energy, so much enthusiasm,” Bastien said. “They’ve put a lot of work in the offseason program with the weights, and they’re just itching to get out there on the grass and show their improvements.”

Redshirt senior linebacker Clay Davis is back for the Hilltoppers after suffering a knee injury before the 2020 season.

“I’m doing most of the practice. I’m not 100% cleared yet obviously a little over six months out from surgery, but I’m doing everything in practice when we put the pads on and when we start tackling,” Davis said.

After the second practice Davis said his goal for the season is to win the Conference USA Championship.

Redshirt sophomore linebacker Nick Days said he really loves the competitiveness out there the first two days of spring practice.

Tennessee transfer Will Ignont really loves the communication the defense has as a whole at this point in spring practice.

“It’s good because it allows us all to be on the same page, so I think as a whole the defensive unit is making drastic changes this spring,” Ignont said.

WKU’s next practice is scheduled for Saturday afternoon, and Basiten said the program would be in full pads for the first time this spring.

Saturday’s practice starts at 10:30 a.m. and will conclude at noon. Fans will be allowed to attend the practice. Fans attending Saturday practices may enter – and sit on – the East Side of Houchens-Smith Stadium.