Petal to the Metal: A professors journey in floral design 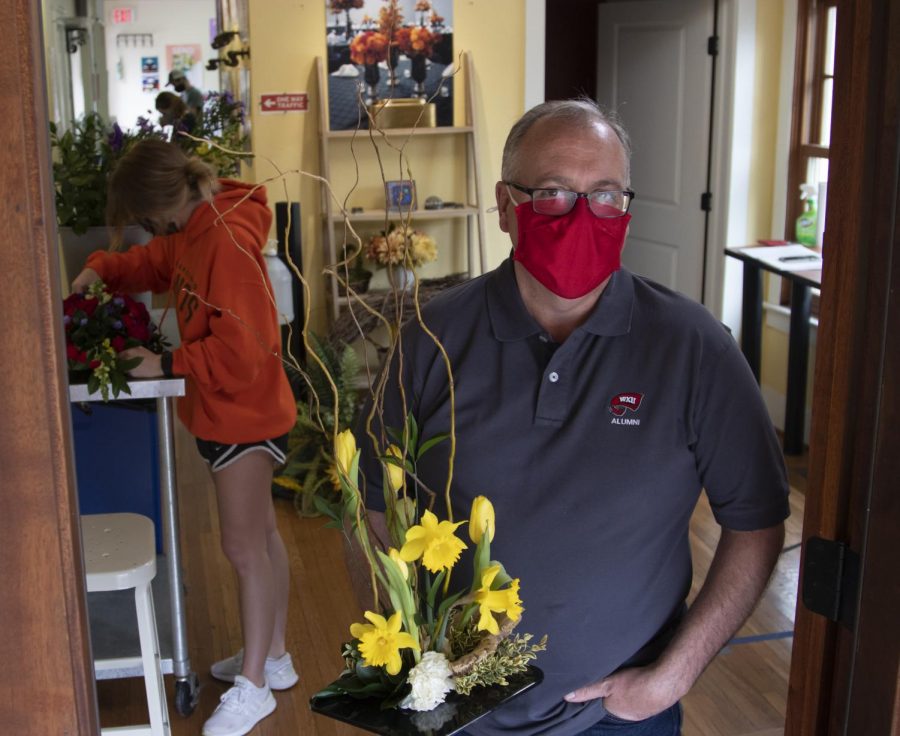 Roger Dennis, WKU’s Horticulture Professor and Director of the Floral Design Training Center, poses in the front doorway of the Design Center on Thursday afternoon March 11, 2021.

From his home farm in Upton, Kentucky, to an agriculture degree at WKU, Roger Dennis has always had a green thumb.

Dennis, a horticulture professor and director of the Floral Design Training Center, graduated from WKU in 1992 with an agriculture major and an education certificate with a concentration in horticulture.

After teaching high school for five years and running his self-started “Upton Florist ” shop for 17 years, Dennis was brought back to Western at the request of David Coffey, the agriculture education professor at the time, where he’s been for 16 years.

Coffey asked Dennis to teach a floral design class due to a lack of representation outside of high school courses for that topic.

“One class became two, two became three and the rest is kind of history,” Dennis said. “I’ve been here ever since.”

Dennis’ work in floral design has brought him to places across the world. He and his students have studied abroad in England, Scotland, Ireland and Ecuador to study flower gardens and farms.

Outside of teaching, he has designed flowers for the second Bush-Cheney inauguration, the Oscars six years in a row and the Tournament of Roses in Pasadena, California for 20 years.

Dennis said there is a great sense of accomplishment seeing your work in these places, but also that there’s a lot of credit to be given to those who helped him on the way.

“Work as though someone is constantly watching you, because you never know who might be standing in the background seeing something you do that will impress them,” Dennis said.

Dennis said that his work ethic, being in the right place at the right time and making connections in the field are what gave him the opportunities to be a part of those events.

If you visit the design center during its operating hours, you’ll see a tangible connection between Dennis and his students and the community they have built there. Despite the socially distanced work stations, there is a camaraderie in an excitement for the creative process that goes into the design work.

“Face your challenges in life with an open mind,” Dennis advises his students. “Know that you may not always be successful at what you think you’re going to be successful at, but […] don’t give up, if you want something bad enough, it’s there [for you] to get.”

Anna Leachman can be reached at [email protected]