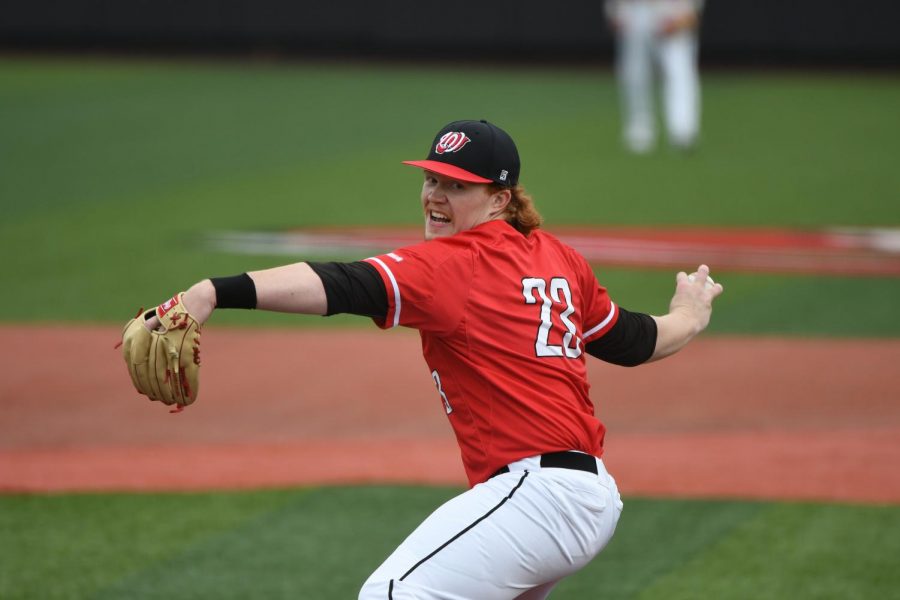 The Hilltoppers have now fallen in three straight games after Saturday.

“We were in a position a couple times where we had bases loaded and just weren’t able to put a really good swing on it,” head coach John Pawlowski said in a release.

Freshman Jacob Laprairie for Tulane notched his first career hit, scoring two runs in the bottom of the fifth inning to tie the game 2-2.

Junior pitcher Sean Bergeron was awarded his first road start of the season for WKU. He would toss for 5.1 innings allowing four runs with six strikeouts.

For Tulane, redshirt junior Donovan Benoit got his third start of the season. He tossed for three innings allowing two runs.

After both teams had nothing to show for in the first inning, the Hilltoppers got the bats going in the top of the second frame. Sophomore Jackson Swiney singled in sophomore Jackson Gray to score the first run of the game.

In the top of the third, WKU loaded the bases off of two walks and a single. Benoit then hit graduate Davis Sims with a pitch extending the Hilltopper lead 2-0.

Redshirt Sophomore Collin Burns got Benoit out of the bases loaded jam with a double play to end the top of the third frame. Tulane could not answer going three up and three down to end the third inning.

Tulane made a pitching change to start the fourth inning. Graduate Trent Johnson came in to relieve Benoit. Both teams would go have nothing to show for until the bottom of the fifth inning.

Tualne would go on to load the bases with a walk and two straight singles. Then Green Wave freshman Jacob Laprairie would drive in two runs on his first collegiate hit after previously going 0-for-9. Bergeron would then get out of the fifth inning, but not before Tulane tacked on one more to take the lead 3-2.

In the bottom of the sixth, WKU made a pitching change going to redshirt sophomore Aaron Shiflet after Bergeron allowed another run. Shiflet would get two straight groundouts to get WKU out of the sixth inning. Tulane led 4-2 after six frames of play.

Gillies began the eighth frame walking two Hilltopper batters. Tulane then made three pitching changes landing on graduate Jake McDonald. He would get Lambert to pop up into right field leaving the bases loaded for the Hilltoppers to end the top of the eighth frame.

WKU would go to the bullpen again in the bottom of the eighth after Stofel allowed Tulane runners on first and third base. Sophomore Hunter Crosby came in to relieve Stofel. Crosby would get out of top of the eighth, but not before Tulane tacked on another run to extend their lead 5-2.

In the top of the ninth, McDonald walked two WKU batters to put runners on first and second base. Tulane then brought in freshman Zach Devito for McDonald to close out the game. Devito notched his second save of the season by grounding out Gray to win the series and the game 5-2 for Tulane.

Up next the Hilltoppers wrap up their first road trip of the spring on Sunday at 11 a.m.