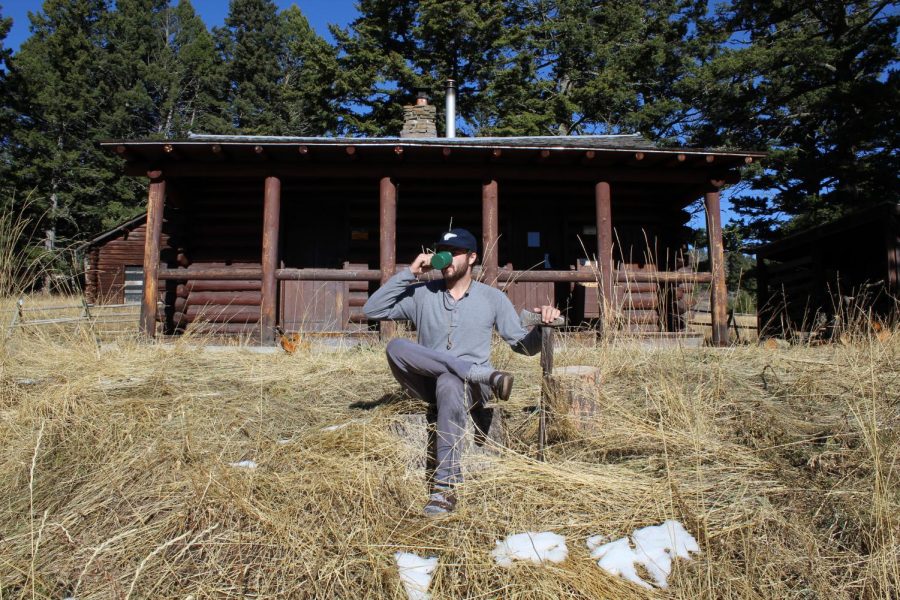 Pictures for Nate Brooks’ next album, courtesy of Brooks

Being from eastern Kentucky, attending WKU, and ending up in Montana, musician and WKU graduate Nate Brooks uses his environment as a source of inspiration for his music, and is planning on doing just that on his upcoming debut album, “Modern Mythology.”

Brooks has been playing music since elementary school and learned to play music by ear in middle school by playing along to The Beatles.

He began writing songs once he got to college, where he also picked up guitar.

“You’re just supposed to learn to play guitar when you go to college,” Brooks said.

Brooks cites Dr. Dog, Shakey Graves, and Big Thief as his primary musical inspirations. He stated that he wants to achieve the stripped-down sound of many of the artists he looks up to.

In college, Brooks started to take his musical talents more seriously and enjoyed trying to sound like the artists that he listened to. Brooks stated that this is fulfilling to him.

“Without music in my life, I think it would feel about as empty as the bacon bin at a Holiday Inn Express at about 11:30am after all the old folks and the AAU basketball teams have come through and cleaned it all out,” Brooks said.

On his new album, Brooks stated that his main inspiration was his move to Montana after he graduated from WKU in May 2020, and the things he wrote down and felt as he was moving.

“All the sounds on the album feel like they’re rising up out of the earth, and that’s kind of just what Montana looks like,” Brooks said. “I have this $12.50 guitar that if you play it one specific way, it can sound really cool, so all of the songs on the album came from this guitar.”

Brooks is unsure of the release date of “Modern Mythology,” but it will be available on Spotify and Apple Music at release.

Brooks can be found on Instagram, @natebrookstunes. He can currently be found on Spotify and Apple Music under the name Polar Skates, but plans on changing to Nate Brooks upon the release of his album.