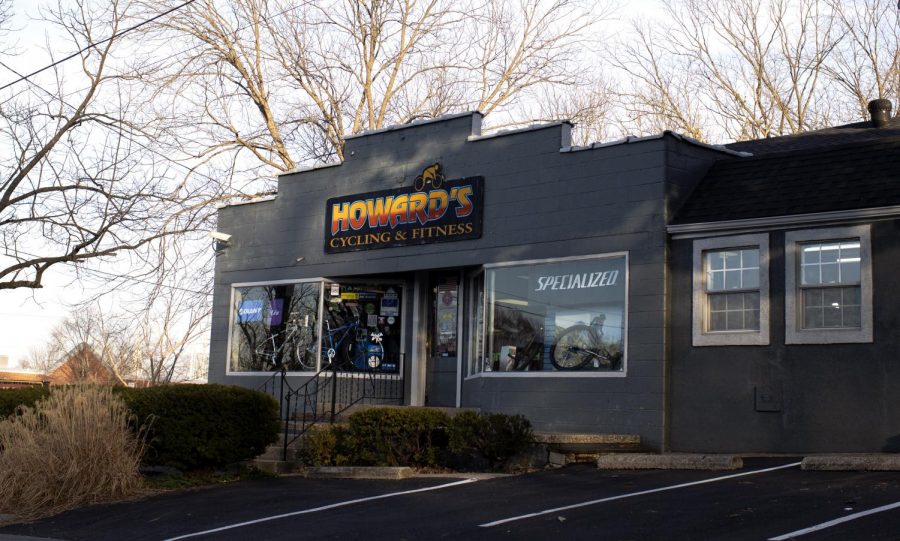 Howard’s Cycling & Fitness has been an integral hub for the biking community in Bowling Green since 1937, serving their clientele for 84 years.

If you’re wanting to buy a new bicycle any time soon, you may have a hard time finding one.

Throughout the U.S., bike shops have been running out of bikes. Cullum Howard, mechanic at Howard’s Cycling and Fitness, said there are a variety of reasons for this, all having to do with the pandemic.

Howard said most bikes are manufactured in Taiwan and China. When the pandemic hit those countries, factories had to shut down due to workers out with COVID-19. There was no one to excavate the raw materials needed and no one to make the parts.

“The supply chain was so disrupted,” Howard said.

The worst of the bike shortage took place over the summer, during which Howard’s was selling out of bikes. Howard said they usually try to keep a supply of 350 bikes at one time, and over the summer they cleaned out 300 bikes in just two weeks. Howard would have to stay late at night to build bikes just to sell the next day.

This disruption caused severe wait times for new parts, making it take longer for manufacturers to assemble the bikes. Howard said that over the summer there was a 300- to 400-day wait time in order to receive any new bikes. This created a problem when people would pre-buy bikes.

“Companies would tell us that they would have bikes,” Howard said. “We would presell it but then be told we had to wait a year. We ended up having to give people their money back.”

The shutdown of factories wasn’t the only factor.

Jacob Rex, graduate assistant at WKU’s Outdoor Recreation and Adventure Center and former employee of Trek Bikes in Memphis, said there was a boom in bike sales last summer.

“It was a good time to be a bike mechanic,” Rex said. “We were backed up a year in orders. There were more bikes to fix than ever.”

Rex believes this rejuvenated love for cycling was brought on by the pandemic. People wanted to get out of the house, and cycling is a good outdoor activity. He said cycling clubs exploded over the summer.

“There is an event in town called Trek at the Track where every Tuesday people ride bikes at the Corvette race track,” Rex said. “(Last summer) they had the most people they’ve ever seen at the race track.”

Nat’s Outdoor Sports felt the effects of this as well. Isaac Phillips, manager at Nat’s, said bikes became one of their largest sources of revenue.

“There was a big bike fever at the same time as a bike shortage,” Phillips said.

This caused problems when they ran out of bikes. Phillips said at the worst point in the shortage, they had about three or four bikes in the store. They usually try to keep 70-80 in the store at one time.

Right now, Nat’s has 20-30 bikes in the store at any given time. With the weather being bad and no one buying bikes, they have been trying to catch up. Phillips said all the orders for the year have already been placed, and they won’t be able to do any special orders down the road.

Howard’s is also recovering. Howard said while they weren’t making as much off regular bike sales, they found other avenues to make money. As a mechanic, he’s been buying old bikes to fix and resell for years. During the pandemic, the owner of Howard’s gave him permission to do that through the shop by using their funds and being on the clock.

Along with bikes, Howard’s has locksmith services, that increased during the shortage. When bike sales slowed down, that area of business picked up the slack.

“During the pandemic, people were overworked and frazzled, meaning they were losing their keys,” Howard said. “We were also putting locks on doors for quarantine rooms. We were still breaking even rather than being profitable.”

Howard’s has bikes again, but not in the numbers they normally would have. Before they would receive shipments of 100 bikes at a time, now they only receive two or three.

Although things are getting back to normal, there could still be trouble to come.

Both Phillips and Howard said they do not know what to expect with bikes for the next year, but they are happy people are enjoying cycling again.