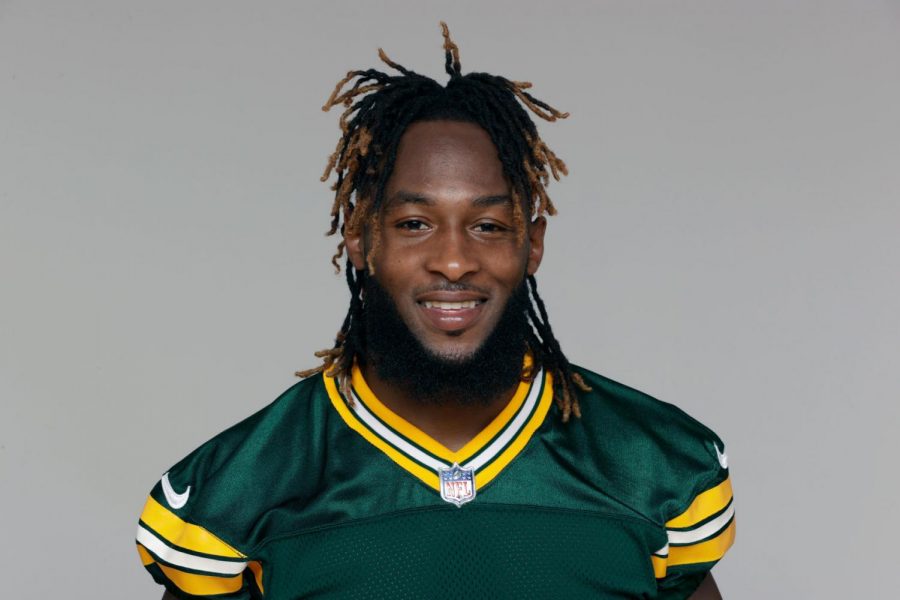 GREEN BAY — Although her son — and more than a few Green Bay Packers fans — might’ve been a little apprehensive as free agency approached, Vurgess Jones never had a doubt.

“My mom was telling me the whole time, ‘You’re going to end back up in Green Bay. Don’t worry about it. Don’t worry about things. You’re going to end back up here,’” Aaron Jones recounted Friday afternoon during a Zoom call with reporters after he — finally, officially — did return to the Packers by signing the four-year deal he initially agreed to on March 15. “So, I guess Mom always knows.”

Apparently, she does. And for the son, staying with the Packers was important enough that he eschewed a chance at testing the open market to sign a four-year, $48 million deal that is essentially a two-year, $20 million agreement that limits the Packers’ exposure if, like other high-profile backs around the league, Jones’ production drops. And if Jones continues at the pace he’s on, they’ll likely be happy to restructure his deal to keep him as their lead back.

Jones’ deal included a $13 million guaranteed signing bonus, but it contains a $1 million base salary for 2021 and $1.1 million base salary for 2022. There’s also a $3.75 million roster bonus that Jones will be owed on the third day of the league year next year. That puts his salary-cap numbers at a very reasonable level for 2021 ($4.475 million) and a still-affordable level for 2022 ($9 million).

But in 2023, an $8.1 million base salary and a $7 million roster bonus due on the third day of that league year would create a costly $19.25 million cap number for Jones, meaning the Packers will have some decisions to make based on Jones’ production in 2021 and 2022.

For his part, though, Jones sees very little risk and plenty of upside as he won’t turn 27 until December and believes he’s still yet to reach his prime despite back-to-back 1,000-yard rushing seasons.

“I feel like I haven’t even scratched the surface to enter (my) prime yet,” Jones said. “I feel like I’ve still got a lot of growing to do, and I think it’s going to be scary for a lot of people. (If I) just continue to grind and work, I’ll be right where I want to be.”

Despite missing two games with a calf injury last season, Jones set a career high for rushing yards (1,104) and matched a career best in yards per carry (5.5).

His breakout season had come one year earlier in 2019 — coach Matt LaFleur’s first season. That year, Jones crossed the 1,000-yard rushing threshold for the first time (1,084) and tied for the NFL lead in total touchdowns (19).

Playing 30 total regular-season games over the past two years, Jones has averaged 1,508.5 total yards from scrimmage and 15 touchdowns per year. And he’s done it economically, averaging 266.5 offensive touches per season and playing an average of 601 offensive snaps.

But as good as he had been, Jones left Lambeau Field following the season-ending loss to the Tampa Bay Buccaneers in the Jan. 24 NFC Championship Game wondering if his last game in Green Bay had also been his worst. As the Packers fell short of a Super Bowl LV berth in their 31-26 loss, Jones managed just 34 total yards on 10 touches, lost a costly fumble early in the third quarter and suffered a chest injury on that play that sidelined him for the remainder of the game.

“Walking off the field the last game with my head down and not the way I wanted it to end, going through my mind, I’m like, ‘Man, is this way my career’s going to end in Green Bay and in Lambeau?’” Jones said. “I definitely didn’t want to finish my career like that here, and I’m just blessed to be able to come back and suit back up here.

“One of the biggest games of my career, not the way I wanted it to go. (To be) that close back-to-back years, it definitely hurts. It leaves a mark there. But I can go back to work and learn from that, get better and then come back and try to get back to that stage and surpass that. That’s what I’m doing, continuing to work hard. I know when it comes back down to it, it won’t play out like that again.”

Even as the Packers largely sat out free agency and allowed first-team All-Pro center Corey Linsley and No. 2 running back Jamaal Williams to depart, Jones insisted Friday he feels good about the way general manager Brian Gutekunst has brought him, cornerback Kevin King and tight end Marcedes Lewis back. The Packers also made King’s re-signing official Friday.

“For back-to-back years, we felt like we were so close. Not that we felt like — we are close. NFC championship games in back-to-back years,” Jones said. “I feel like it’s unfinished business and that’s why I said that. You have the pieces. You’ve just got to take advantage of the time that you guys have together. That’s all I’m trying to do and bring a Super Bowl back here.”

Jones, who had been working out in Florida and at home in his native Texas, returned to Green Bay on Friday to go through the requisite physical with the team’s medical staff and put pen to paper on his deal. Once those were taken care of, he was able to look forward to what’s next — and look back on the path he’d taken to get here.

“This is home for me. This is where my career started and just everything feels right here — the system, my teammates, the coaching staff, everything,” he said. “I feel like this is a perfect fit for me. I’ve been in this offense. I know what comes with it. I know my teammates here. I just feel like it was the right fit for me.

“I want to rewrite the history books and leave my stamp.”