‘American Idol’ Showstopper: 12 of the Top 24 Make It Through the First Half of a New Round (RECAP) 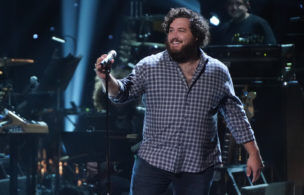 ‘American Idol’ Showstopper: 12 of the Top 24 Make It Through the First Half of a New Round (RECAP)

The 64 remaining on American Idol sing their hearts out for a spot in the coveted Top 24. The “Showstopper” round, a new addition this season, sees these talented performers take the Dolby Theatre stage with their A-games, fighting to impress judges Katy Perry and Luke Bryan in person, with Lionel Richie observing from home due to potential COVID exposure. Katy and Luke break the news to Idol hopefuls during Final Judgement, while Richie shares his results through the set of video walls contestants step into, cleverly dubbed “Lionel’s Den.” Who were the first to move on over the course of the two-night? Find out below.

The powerhouse performs “I’m Here” from The Color Purple to kick off the performances. The 18-year-old brings the judges to their feet, though Katy thinks her vocal gymnastics are maybe too much. During the Final Judgement, both Luke and Katy are concerned about Alyssa overdoing things, but still, she moves on to the next round.

The Fight of a Warrior

Jason Warrior feels he’s taking a risk performing “Believer” by Imagine Dragons — one that pays off for the 25-year-old music teacher. Lionel welcomes him to the “Class of 24” as the star-in-the-making breaks down in tears.

At age 9, Andrea Valles drew a picture of herself on the American Idol stage. Now, she’s there, performing “Blinding Lights” by The Weeknd. Katy thinks it’s the wrong song choice, but Lionel tells the 23-year-old they don’t think she’s ready to go home.

Chayce Beckham’s life was spiraling before a rebound brought him to Idol. (His moma actually signed him up for the show.) The heavy machine operator, who wants to make his family proud, sings Chris Stapleton’s “You Should Probably Leave.” Despite the judges feeling this is not the 24-year-old’s finest moment, they decide to give him one more shot in the next round.

Country Crooner Bets on Himself

Caleb Kennedy decides to change his song at the last minute from Travis Tritt to an original he wrote called “When You Leave Tonight.” He thinks it’s the right move considering another song of his got him this far. The 16-year-old has the right instincts as Katy and Luke send the country boy through.

Wyatt Pike went from entertaining resort goers at a ski lift to the Idol stage. Katy can feel the 19-year-old’s growth while he performs George Ezar’s “Blame It On Me,” and Katy and Luke give him a spot in the Top 24 for being himself.

Wyatt’s Hollywood Duet partner Cassandra Coleman has some jitters in rehearsal, and gets support from in-house mentor Bobby Bones. The 24-year-old performs “Running With the Wolves” by Aurora, which impresses Katy, who says Coleman reminds her of Florence Welch of Florence and the Machine. The coffee shop barista also gets the green light.

Mr. Rogers Brings Down the Neighborhood

Beane — who goes by one name, and whose sunny demeanor earned him the nickman of Mr. Rogers — gets the judges to their feet for his rendition of Marvin Gaye’s “What’s Going On.” Given the reaction, no surprise Lionel lets the 23-year-old wedding singer know it will be a beautiful day in the neighborhood.

The gas station-BBQ-eating Hannah Everhart performs with a band for the first time. The 17-year-old chooses “Wrecking Ball” by Miley Cyrus, and Katy’s Mississippi doppelganger wins over the judges with her talent, sass, and the promise of some ribs. She celebrates the Top 24 slot with a jump in a pool.

Graham DeFranco reveals his father was supposed to go to his audition, but the day before was diagnosed with stomach cancer. The 27-year-old pilot dedicates the performance of “Beautiful War” by Kings of Leon to dad, and Graham is able to give his family the news. Heart-warming.

You Oughta Know About This One

The final showdown of the evening: Alanis Sophia and Casey Bishop. Alanis is happy to perform her favorite artist Alani Morrissette’s “Uninvited.” The 19-year-old is actually named after the singer-songwriter.

Casey Bishop lets loose with The Black Crowes hit “She Talks to Angels.” Katy is impressed with her skills, especially as she’s only 15. Just before giving the news, they leave us with the cliffhanger. Who do you think they choose? Let us know in the comments below!