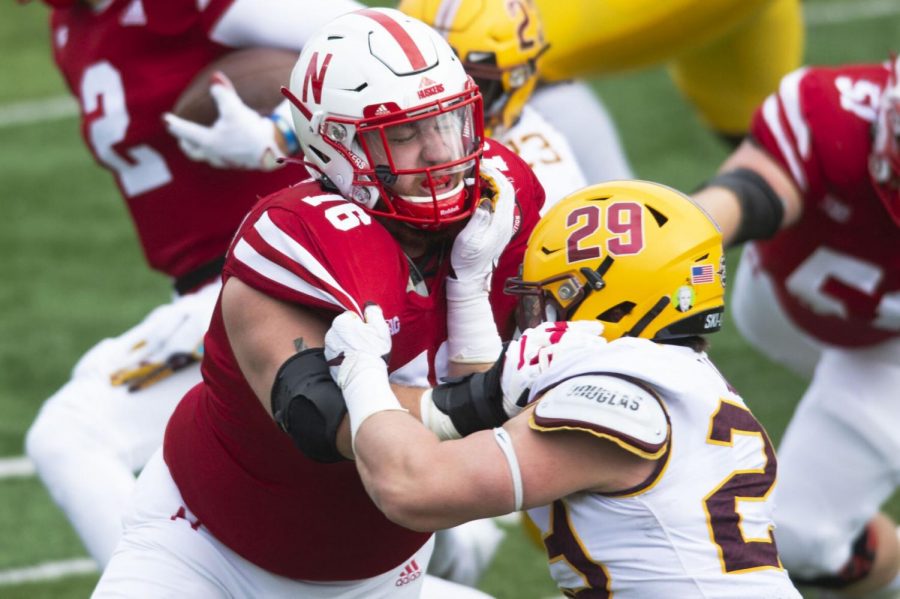 Former Nebraska offensive tackle Brenden Jaimes is moving on, hoping to get drafted this spring by an NFL team.

The memories of his final season at NU, though, are fresh in his mind.

“There were many challenges with last season,” he said Monday, referring at least in part to COVID-19 related issues. “Everybody had challenges, not only on our team but other teams as well. Coach (Scott) Frost preaches that he wants a bunch of tough guys on this team, and that’s someone who I tried to be. I didn’t really want to be the rah-rah guy; I wanted to be the person who went out and got it done on the field and in the weight room and was a good example off the field and led by example. That was the leadership role I fell into.”

After a year unlike any other, pro day goals remain similar for former Huskers: Be ‘extremely fast’

Steven M. Sipple: Tuioti’s life in Lincoln working out well with help from some Hawaiian friends

However, Nebraska offensive line coach Greg Austin pushed Jaimes to be a better vocal leader as a senior. Jaimes said he achieved that “pretty well, especially with the young guys.” He helped them learn to watch film by themselves and take notes and “just do things the right way.”

“I think that spread not only in the O-line room, but to the rest of the team,” he said. “That just needs to keep spreading and that culture just needs to keep getting better and better. I think Frost has this program in the right direction even if it might not look like it. There are a lot of things going on behind the scenes that people don’t know about.”

Those comments have a different tone than what Jaimes told “The Spun” last month. In response to a question about the challenges of playing in an empty stadium, he said, “If you’re not mentally and physically jacked up to play a football game at Nebraska, like if you need fans to get jacked up, you shouldn’t be playing at Nebraska. I think that has to do with the culture problems we’ve had there.”

He apparently feels the culture in the program isn’t so bad after all. He said Nebraska players have been working hard this offseason, and that obviously includes the young offensive linemen.

“The young guys definitely have come a long way,” he said. “Obviously, those guys will be the next guys up to be able to play and start. I think I have all the confidence in the world in coach (Greg) Austin and coach (Frank) Verducci and Steve DeMeo to get the guys in that room right.

“I have confidence that guys like Turner Corcoran and Ethan Piper and Cam Jurgens will be the next leaders on that team. We saw little spurts from them here and there last season, and I think they’ll just continue to get better under the leadership of Coach Austin and Coach Frost.”