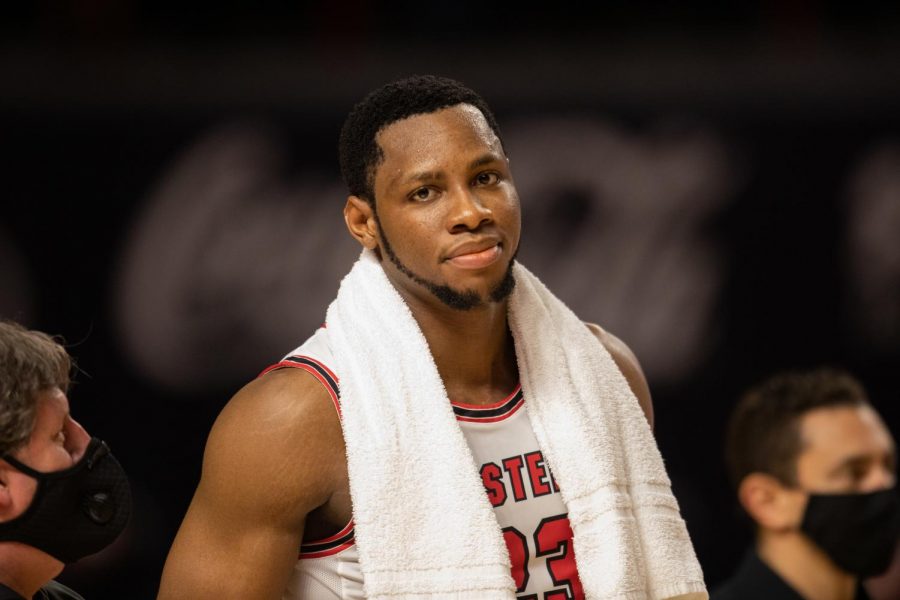 WKU (17-5), (10-2, C-USA) will have a short week of preparation after sweeping the Florida International Panthers Sunday and Monday afternoon. WKU won both games by an average of 22.5 points.

“Just being among those people, it’s great, it’s a good feeling,” Bassey said. “I didn’t know until I saw it pop up on social media. I hope I just keep doing what I’m supposed to be doing.”

“Taking care of our bodies, getting water, getting the amount of sleep that we need [is important for the week],” sophomore guard Jordan Rawls said.

This matchup was originally supposed to be played Jan. 29-30 but was postponed due to positive COVID-19 cases within the Monarchs program.

ODU has three players that average double-digit scoring per game. The Monarchs are led by senior guard Malik Curry who averages a team-high 15 points per game, along with four rebounds and leads the team in assists. Junior forward Kalu Ezipke has 11 points and seven rebounds per game. Redshirt senior guard A.J. Oliver ll follows with 10 points while shooting 90% from the free throw line.

Although ODU boasts a good record, they sit in the bottom four of the conference, scoring 69.33 points a game and give up 69.17 points — meaning they only win on an average margin of .16 points per game.

Where ODU can cause problems is on the defensive end. They average seven steals a game and can provide a good amount of pressure that could affect a WKU team who can be turnover-prone at times.

The Monarchs are the worst three-point shooting team in the league, shooting under 30% for the season. Due to their inability to shoot from behind the arc, they focus on getting to the rim or shooting mid-range shots, which could play into WKU’s favor.

“They have that same veteran crew out there,” head coach Rick Stansbury said. “We know they are a very good team, they’ll be a tough team defensively, and they get up into you. We know we have our work cut out for us.”

WKU struggles defensively guarding teams behind the arc, being able to shrink the floor knowing they have the size advantage should work in their favor.

With wins in both games, or a split, WKU will lock up the No. 1 seed in the east division for the upcoming C-USA conference tournament.