Will the forgiveness of student debt help everyone? 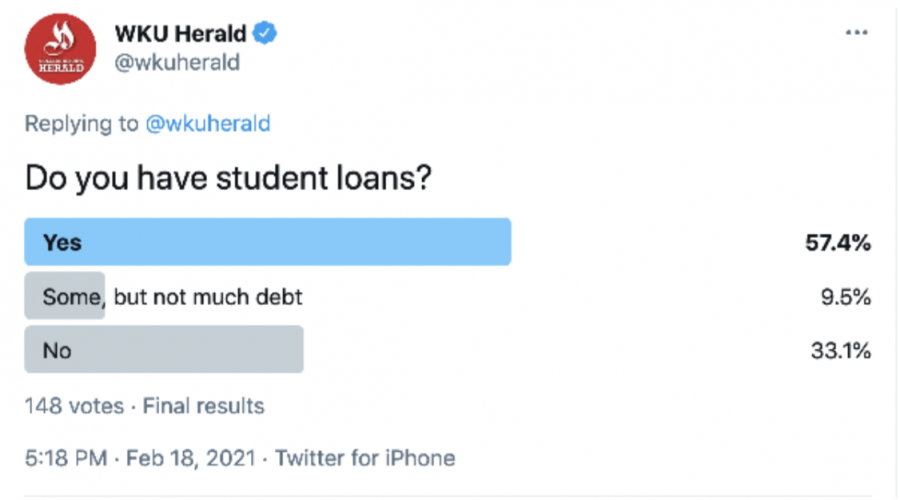 The Issue: Since the election of President Joe Biden there has been increasing conversation over the idea of forgiving at least a portion of student debt.

The Stance: Student debt forgiveness has been factually backed as an economical boost. It is time for the Biden administration to make this a priority.

At the end of 2020, students across the United States collectively owed over $1.7 trillion — along with the average debt amount being $20,000 to $24,999, according to Business Insider. This is a growing is- sue for students who are feeling increasing pressure to attend a higher education institution.

In more economical terms this, translates to an increase of around “$86 billion to $108 billion a year, on average, to GDP,” according to Business Insider. Though this is something that means more than added GDP to the economy, this is an issue that people struggle with every day.

Forgiving student debt, even in partial amounts, is becoming increasingly important with the impact of COVID-19. With the lack of stimulus checks coming in for many Americans, there has been an economic struggle that can seem inescapable. Many people can not afford rent or pay their bills. This means that things such as paying back their student loans may be put off. These loans rack up immense amounts of interest that will make paying them off after people get back on their feet even harder.

With the forgiveness of student loans, there will be a great relief in the lives of millions of Americans. During the pandemic, this will allow these people to get back on their feet financially. After the pandemic, these same people will be able to begin spending this saved money in the economy, allowing for the growth of the nation and their communities.

Some will ask where this money could possibly come from. In my personal opinion, consider- ing we recently signed a defense bill for over $700 billion, there is money out there for this.

So, however you look at this there is a massive benefit for every American in the relief of student debt, though my opinion is not the only one that matters. What would student loan forgiveness do for you? How much would partial or complete forgiveness impact your life?

We would love to hear your opinion here: [email protected] wku.edu.