When it comes to Oklahoma, Frost explains why Nebraska had ‘any and all things on the table’ 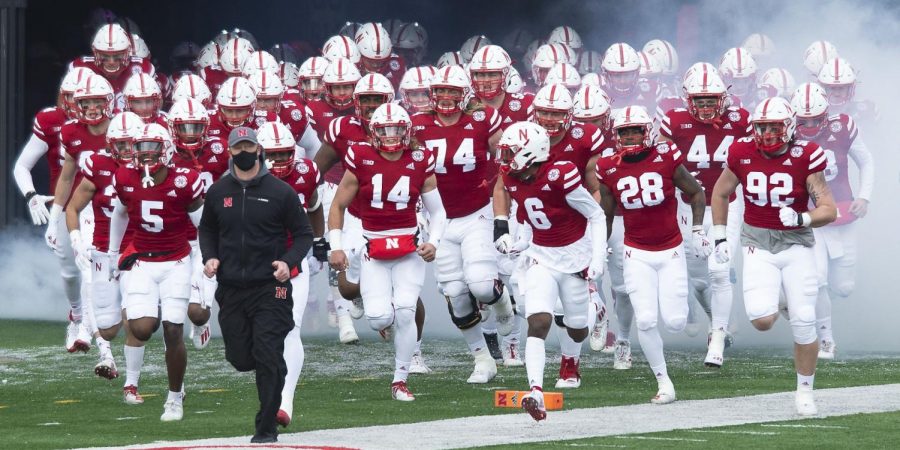 Scott Frost and the Huskers run onto the field before a Dec. 12 game against Minnesota at Memorial Stadium.

Nebraska football coach Scott Frost said Monday he didn’t remember where the conversation started about Nebraska potentially getting out of the Oklahoma game, but that NU had “any and all things on the table” to try and make up some of the NU athletic department’s $40-50 million budget deficit.

“I think the whole narrative and conversation started on ways to fix the budget (shortfalls) that we’ve had,” Frost said during Monday’s spring practice news conference. “There’s some schools that have cut sports and cut salaries and done a lot of other things. And I give Bill (Moos, NU athletic director) a lot of credit. He was committed to keeping everything intact and giving our student-athletes opportunities in every sport, men and women.

“So I think the conversation was started to get more revenue to the university.”

The conversation across the state and nationally back on March 12 centered on Nebraska potentially trying to back out of the matchup, originally scheduled to coincide with the 50th anniversary of the Game of the Century, to try and find an opponent to play in Lincoln.

What followed after reports of NU’s intentions surfaced that morning was a daylong firestorm as the Nebraska Athletic Department didn’t release a statement on the matter until late in the day.

Frost on Monday called the rivalry his favorite in sports because he grew up on the classic games between the programs — he mentioned watching Mike Rozier for the Huskers and Billy Sims for the Sooners.

But with Nebraska playing just one home game before October, Frost said every option was discussed when it came to finding ways to get another home game on the schedule earlier in the season.

“I’m certainly excited about any chance to have more home games early in the season. For us, in the situation we’re in, to only play one home game before October doesn’t make a lot of sense,” Frost said. “So we’re excited to play that game. I hope that we can do something with the schedule to make sure our fans can get in and see us sooner and more often.”

At the end of the day, Frost said, Nebraska’s players are excited to play the game.

“Our kids want to play it. When they heard the news (that the game might be canceled), our leadership group called a meeting and wanted me there to make sure they had an opportunity to play against one of the best teams in the country,” Frost said.

Still, Nebraska will continue to look for ways to rearrange the schedule to get another home game on the calendar in September. Right now NU’s only home game before October is a Sept. 11 matchup against Buffalo.

The most likely option on the table is moving the Nov. 13 home game against Southeastern Louisiana to Sept. 4, potentially against a different opponent.

“I’m glad it landed the way it did, I just hope we can make some kind of alterations (to the schedule),” Frost said. “I think Bill’s mentioned it, too, to make sure we can get fans in to see us and we can get recruits on campus sooner.”