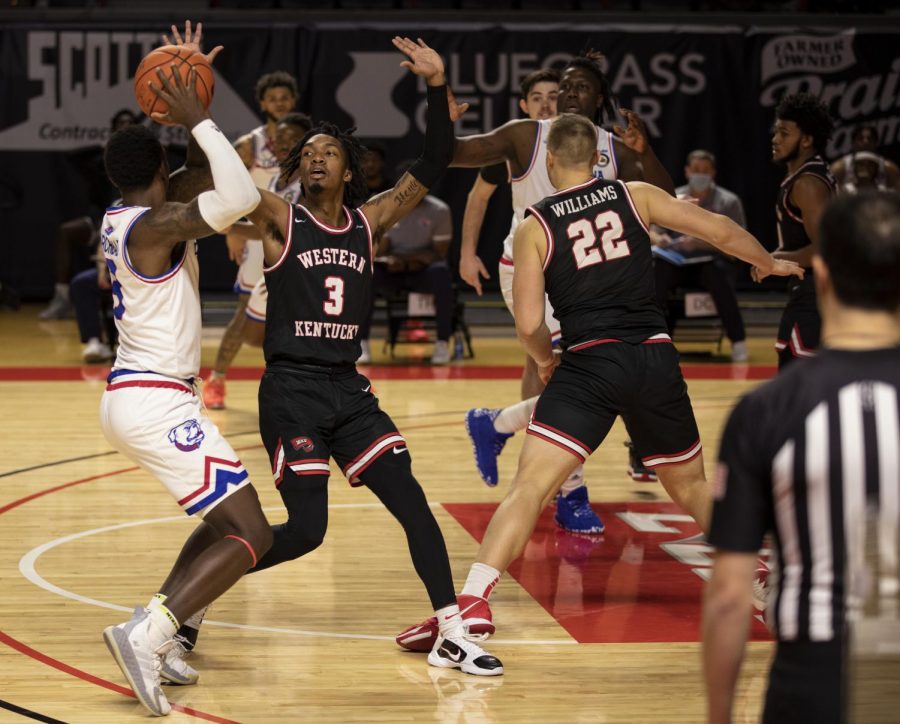 WKU Hilltopper sophomore guard Jordan Rawls (3) tries to block a pass during the game against the LA Tech Bulldogs on Jan. 9th, 2021 at E.A. Diddle Arena.

WKU Athletics announced Wednesday an update on the Conference USA Championship which will take place from March 10-13.

According to the release due to COVID-19 protocols, tickets for the 2021 Air Force Reserve C-USA Basketball Championships Presented by Baylor Scott & White Medical Center Frisco will not be available for sale to the general public due to limited capacity.

Each institution will receive an extremely limited number of tickets for family and friends.

Both the Hilltopper and Lady Topper basketball programs will be in Frisco, Texas for the postseason.

Last season both programs arrived to the tournament and were unable to play in a game before the remainder of the season was canceled.

The Hilltoppers will play No. 6 Houston tomorrow night at 6 p.m. The game will be televised on ESPN2.

The Lady Toppers will travel to FIU for a two game series on Friday and Saturday. Friday’s game is at 6 p.m. and Saturday’s matchup is set for 3 p.m.