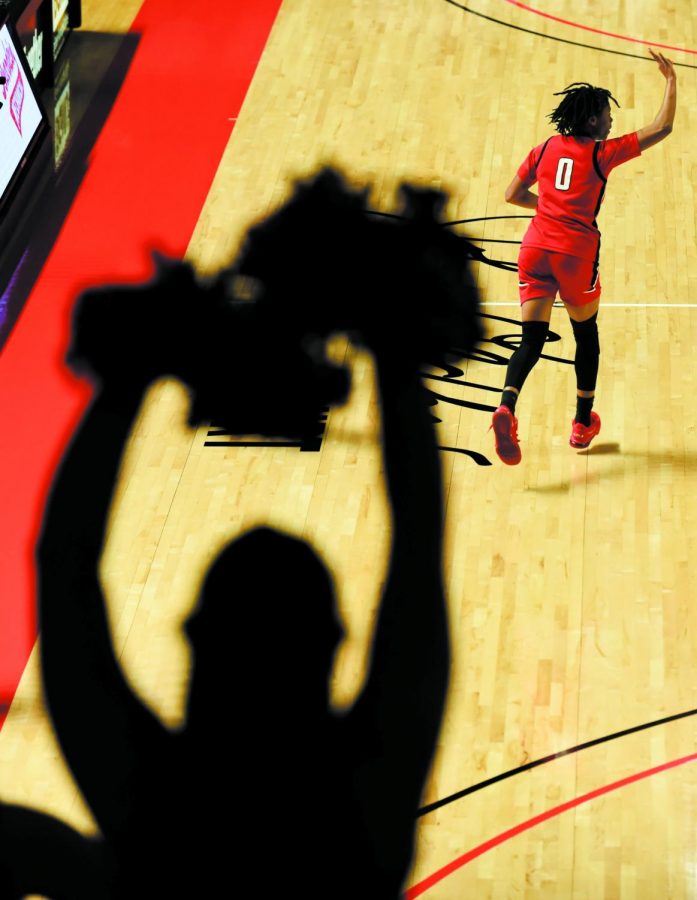 WKU guard Myriah Haywood is cheered on after a three-point shot in the Lady Toppers’ Feb. 6 game against Florida Atlantic University. At halftime, WKU was down 42-30 against FAU.

Friday’s matchup was a strong performance from the Lady Toppers. However, Saturday’s matchup was a rough night for WKU as they were outrebounded 50-37 and turned the ball over 19 times, which FAU took advantage of to put 24 points on the board.

“There’s a bunch of things we need to improve on but number one is the most obvious one and that’s the rebounding difference,” head coach Greg Collins said.

The Lady Toppers will be traveling to Houston, Texas, to take on the Rice Lady Owls (10-1), (6-0, C-USA) in Tudor Fieldhouse for their next conference matchup.

“Rice is a very efficient offensive team, they are the most efficient team in our conference,” Collins said. “So if we give them second chance opportunities, it won’t be an easy night, it will be a long night.”

The Rice Lady Owls are the best team in the conference as they hold the best overall record and have swept all their opponents in conference play.

Much of the Lady Owls’ offensive power comes from senior Nancy Mulkey, who is the eighth best scorer in the conference. The Cypress, Texas, native has scored 178 points this season and currently averages 16.2 points per game. Mulkey has put as many as 25 points up against conference opponent Old Dominion. Mulkey is also leading Rice’s all-time career field goal percentage with an impressive .540%.

As for the Lady Toppers, this past series saw a huge performance from redshirt sophomore Myriah Haywood who has scored 138 points and broke her career high with a 17 point performance in Friday night’s 71-64 victory over FAU.

Rice will also need to watch out for WKU senior Raneem Elgedawy who has scored 172 points this season and regularly averages 21.5 points per game since her season debut on Jan. 14 at Marshall. Elgedawy had 27 points against FAU in Saturday’s 75-70 loss.

The Lady Toppers will tip off their sixth C-USA matchup against the Rice Lady Owls on Friday at 2 p.m. and will conclude the series on Saturday with a 4 p.m. tip off.