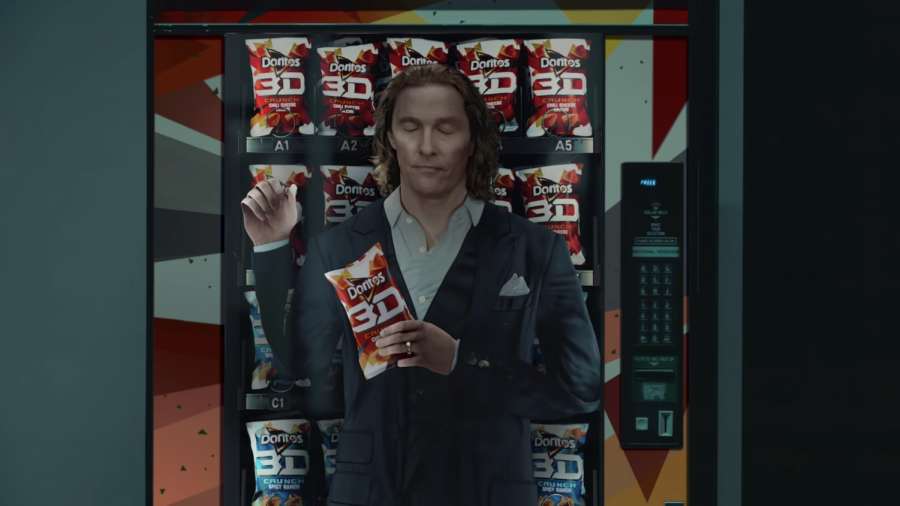 Some people tune into the Super Bowl to watch the biggest sporting event of the year – others tune in to watch what comes in between. Here are the seven best commercials from last night’s game.

Doritos is known for their big commercials each year, and actor Matthew McConaughey is feeling a little flat in this year’s ad. He mopes around, feeling down, until he tries a new 3D Dorito, which brings him back to normal.

Will Ferrell, Kenan Thompson, and Awkwafina for General Motors

In this celebrity-packed ad, Ferrell, Thompson, and Awkwafina take a trip to Norway after finding out that they produce more electric cars than the U.S. However, Thompson and Awkwafina end up in Finland, and Ferrell ends up in Sweden.

Can a burrito change the world? (Chipotle)

In a more cinematic and inspiring ad, Chipotle features a child asking his sister if she thinks his burrito could change the world. After his sister calls him weird for thinking it could, he imagines a world where a more organic burrito can “change how we plant things and grow things.” The ad ends with text that says “How we grow our food is how we grow our future.

State Farm quite possibly has the most iconic commercial quote with “Jake, from State Farm.” This year, Jake had a stand-in for his part: “Drake, from State Farm”. Drake, Chiefs quarterback Patrick Mahomes, Packers quarterback Aaron Rogers, and actor Paul Rudd made appearances in this ad as well, each questioning the choice of Drake as Jake’s stand-in.

Wayne’s World and Cardi B for Uber Eats

Actors Mike Meyers and Dana Carvey revived their roles from the movie “Wayne’s World”, promising not to use a celebrity cameo to send a message — just before introducing rapper Cardi B. The group urges viewers to “eat local” for Uber Eats.

In this year’s Cheetos ad, actors Mila Kunis and Aston Kutcher are arguing about whether Kunis took his bag of Cheetos. While Kunis’ fingers are covered in Cheeto dust, musician Shaggy pops up, advising Kunis to quote his song, “It Wasn’t Me”. Kutcher believes it, and Cheetos announces a new “Crunch Pop Mix” at the end of the ad.

In the ad that many see as the best of this year, a couple is “pretty sure” that they’re good to buy a home. Comedian Tracy Morgan, saying that they would be “certain” if they used Rocket Mortgage. He then teaches them the difference between “pretty sure” and “certain” by taking them through scenarios where it’s much safer to be “certain” than “pretty sure.”