Standing in My Truth 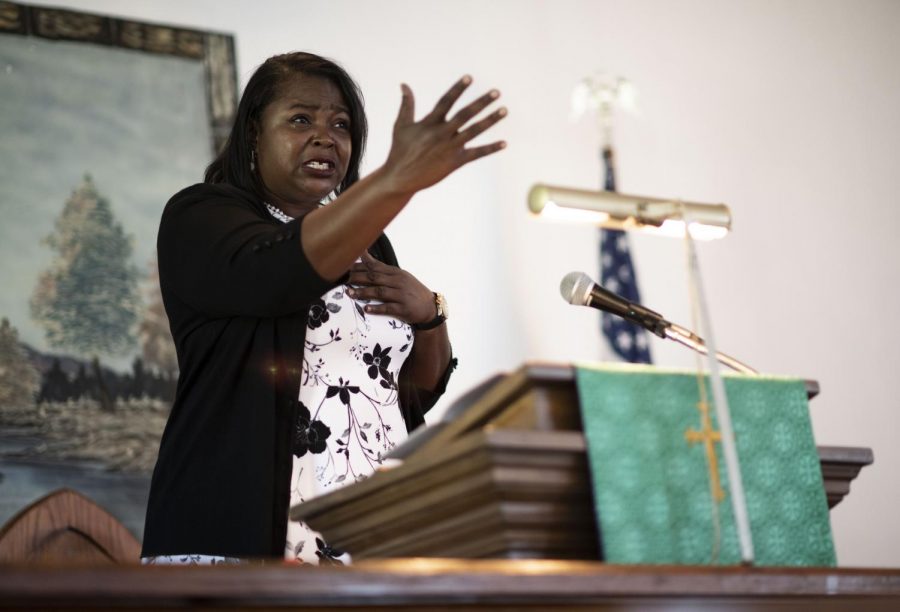 On September 20, 2020, at Pleasant Point Baptist Church, Randolph uses the theme Faith over Fear in her sermon to relinquish any worry of the unknown during COVID-19 or elements that can cause doubt and withhold God's presence in the congregation. "Your measure of Faith is determined by how you are living in God and being obedient to his word. He is wanting to bless you today because there are people in your life he wants to bless too," Randolph said.

Faith is known as having complete trust or confidence in someone or something. Rhondalyn Randolph spent her whole life within the church and living by the words of God, but the end of her first marriage and loss of her brother within two years intensified her view of faith for God and herself.

As a young girl, Randolph’s family moved sporadically throughout the U.S. for her parents’ job, which created a special bond between all of the siblings, especially between her and her younger brother Travis. The relationship between the two was consistent as they grew older and continued to strengthen even as they went their separate ways in life; their deep bond still kept them in touch.

Rhondalyn believed that God’s purpose for her was to become a mother and a wife; at a young age of 17, she became both. After the first couple years of marriage and growth within herself, Rhondalyn decided to separate from her husband due to divergent ideals in caring for their children, but soon before her separation with her husband was finished, Travis tragically, unexpectedly passed away. In the period of grieving and divorce, she struggled to revamp her way of living as now a single mother. Randolph moved back home with her parents to begin providing for her children and looked to God to guide her through these rough times.

The death of Travis broke her heart but gave Randolph a new perspective on life. She grieved to commemorate her brother’s death while pursuing opportunities that would hopefully lead her to her true purpose. As well, Randolph took the death of her brother as a realization that she only has one life. She decided not to waste time waiting for her destiny but to have trust in God and create her own.

Rhondalyn fell deeply into her faith and became a beacon for God to guide others. While being a single mother, Rhondalyn worked with her church while going to school and getting her degree. She is now working as an instructional assistant for a Daviess County High School in Owensboro, Ky, as well as one of three women pastors at Pleasant Point Baptist Church. Rhondalyn also spends time taking care of her grandchildren and providing opportunities for the younger generation to take action against social barriers as president of the Owensboro branch of the NAACP, National Association for the Advancement of Colored People. Through her passion for faith and in the memory of her younger brother, Rhondalyn continues to inspire and provide opportunities for others as God and Travis inspired her.