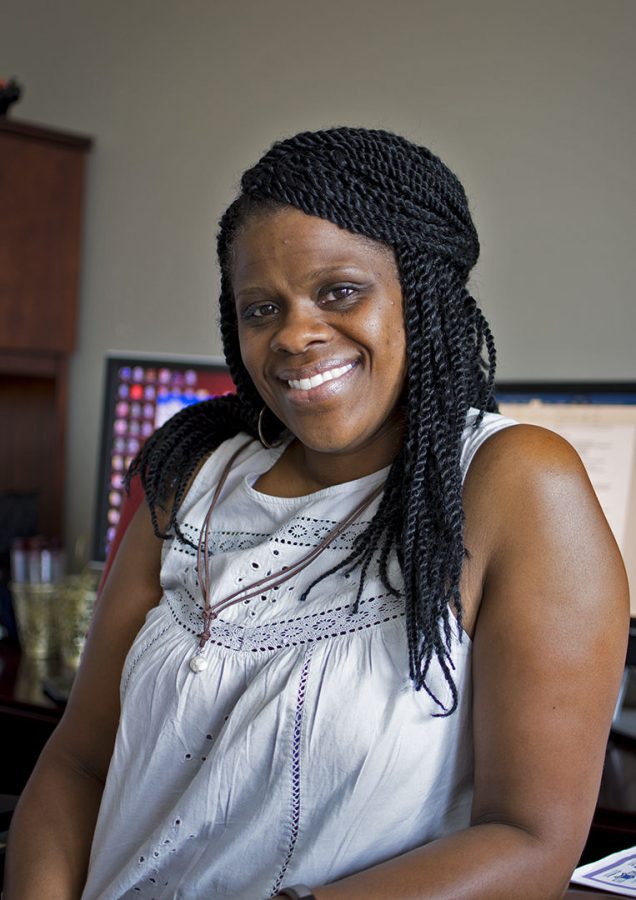 Dr. Martha Sales is the executive Director of WKU's Intercultural Student Engagement Center (ISEC). The Mission of ISEC is to assist the university with recruitment, retention and graduation of underrepresented WKU students, according to their website.

Students held a panel Thursday to discuss societal norms and expectations of Black love, titled “Black love ain’t real?” in order to explore the misconceptions and stereotypes Black people face when finding and being in a relationship.

The event was sponsored by Omega Psi Phi Fraternity and Delta Sigma Theta Sorority and was hosted by DeMarquez Trotter. The host started the event by asking the participants a few questions to understand their own ideas of “Black love.”

Brionna Douglas, a member of Delta Sigma Theta Sorority, helped lead the event. Douglas said she feels social media influences relationships and creates unrealistic expectations based on what other couples are posting.

Guest speakers were Martha Sales and her husband, Pastor John Sales. Martha Sales is the executive director of WKU TRIO Programs and ISEC. The couple met on campus at WKU nearly 30 years ago. The couple said their time together has taught them many lessons about relationships.

“I knew I was ready to marry someone when I was okay with being alone,” Martha Sales said. “Because when you marry someone you have to lose yourself.”

John Sales said it was a very different experience for him to determine when he was ready for commitment.

“I was ready to love and be loved back,” John Sales said. “I didn’t want what was superficial.”

Martha Sales said she and her husband have different communication styles, especially during disagreements and that has been something they have learned how to handle.

“I’m an extrovert,” Martha Sales said. “I want to talk about it right now, which isn’t always the effective way because that is not the type of communicator he is.”

Martha Sales said her husband is an introvert and prefers to wait to talk about disagreements.

A person’s childhood and what relationships they grew up around directly contribute to who they are in relationships, especially when many students grew up with one parent, Martha Sales said.

“We are what we come from until we want to do better,” Martha Sales said. “You don’t know what Black love is because you haven’t seen it.”

The panel was part of a series of events hosted by numerous clubs to honor black history and culture through the month of February. The next event will be held on Feb. 16 in DSU to view the film “Black Wall Street Burning.”