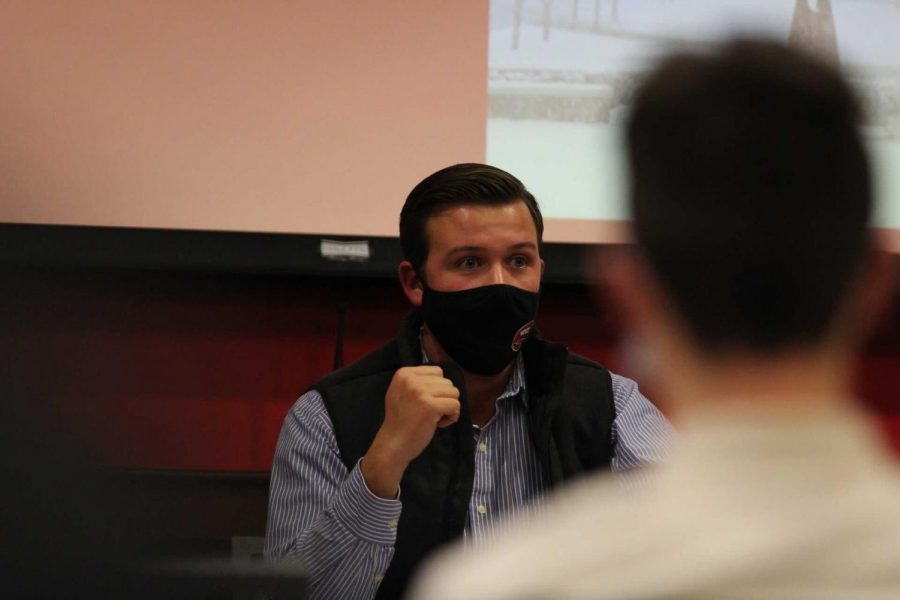 The Student Government Association Tuesday funded student organizations and nominated a new senator at their fourth meeting of the semester.

President Garrett Edmonds began the meeting by nominating a new senator, sophomore Will Dykeman. He is a pre-law major who wants to make a positive impact on campus.

“I feel like Student Government Association gives me the best opportunity to be aware of the conflicts that the students possess on campus, and I’m looking forward to helping,” Dykeman said.

After his nomination, Edmonds announced an upcoming virtual Student Body President rally on March 26th. Kentucky governor Andy Beshear will be attending the Zoom call, and Edmonds is working to get Kentucky State Representative Charles Booker to speak during his session.

After officer reports, the meeting moved into voting on legislation.

A bill to provide funding for WKU’s Amazing Tones of Joy, Black Women of Western, Queer Student Union, and Business Association for Development, authored by Administrative Vice President Isaac Keller, was presented to the floor. The bill was passed unanimously.

Another bill to provide funding for ISEC’s upcoming Black Magic Masquerade Ball, authored by Me’Lon Craighead, was presented to the floor. This bill was passed with overwhelming consent, and $2,500 was allocated to the event.

Both Edmonds and Speaker of the Senate Shelby Robertson expressed their excitement towards senators for beginning to work on more legislation to improve student life and campus as a whole.