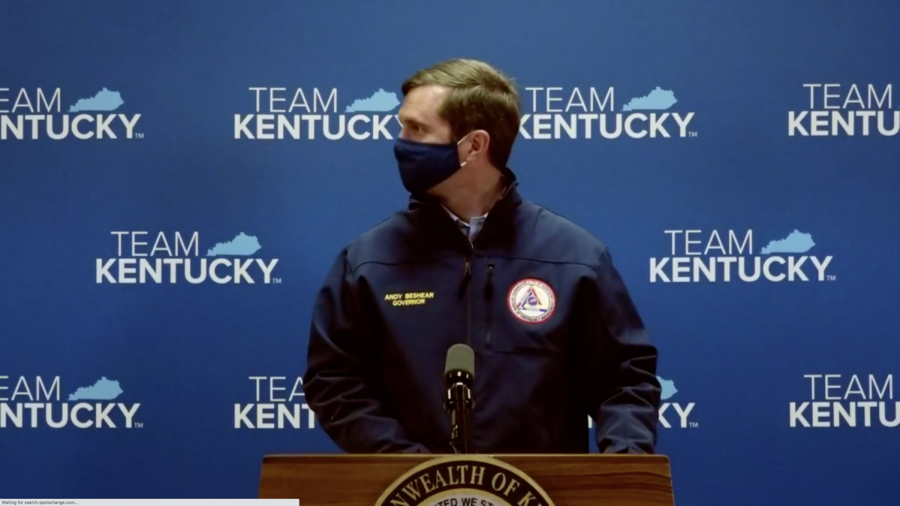 Kentucky governor Andy Beshear discussed on Wednesday issues with vaccine distribution and goals for the coming months in a press conference at Shiloh Baptist Church in Lexington, KY.

Beshear stated that the biggest issue with getting Kentuckians vaccinated is supply. However, there are now 291 vaccination locations across the state.

“Supply is still an issue despite every week, the Biden administration continuing to increase the amount that comes to us,” Beshear said.

Another issue that Beshear discussed is vaccine hesitancy, specifically among the minority population. Beshear stated that he believes that vaccines should be distributed to everyone, regardless of skin color or financial stability.

Multiple speakers, including the president of Lexington’s NAACP, Jim Thurman, who spoke on how Beshear worked to create pop-up clinics in minority communities and how he initially refused the COVID-19 vaccine.

“The first time it was offered to me, I refused it,” Thurman said.

He then stated that he was advised by God to take the vaccine, and that it is a matter of life and death. He urged African-American Kentuckians to take the shot, and to trust that it is safe.

Beshear also stated in the conference that he is confident that every Kentuckian who wants a vaccine will have access to one by the summer, or even earlier.

“The light at the end of the tunnel is becoming brighter and brighter,” Beshear said.

152,710 first dose allocations were received in Kentucky this week, which is the highest number since distribution began in December.

Beshear also announced that once the Johnson & Johnson vaccine is approved, Kentucky will receive 26,000 initial doses, and being that this shot only requires one appointment, 26,000 Kentuckians will receive a vaccine once it is allocated.

Beshear referred to the vaccine multiple times as a “shot of hope”, and urged Kentuckians to get their doses once it becomes available to them.