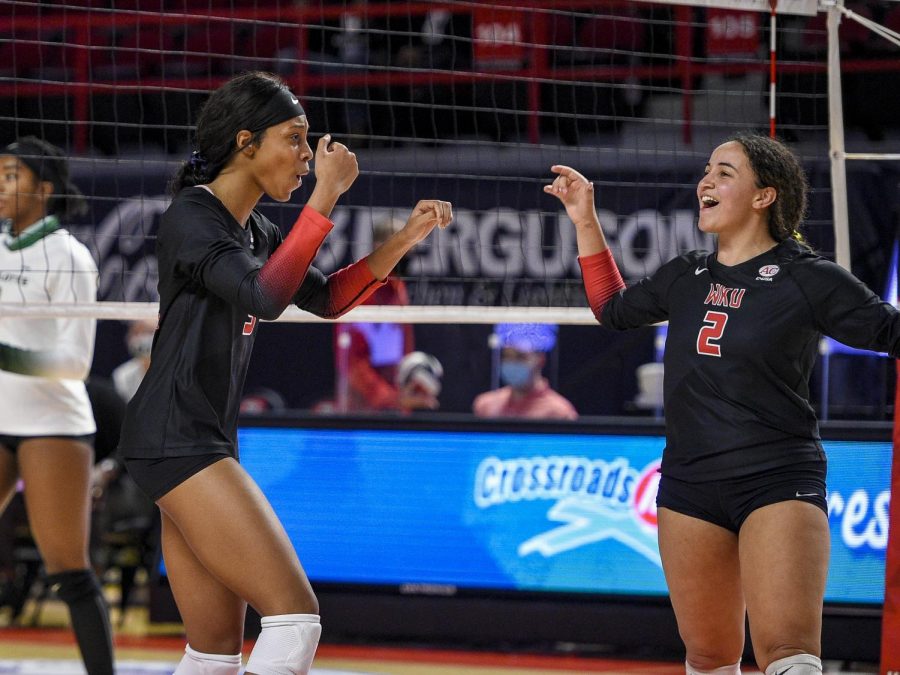 This has been the program’s best start going 9-0 overall and 4-0 in C-USA play to open the 2021 regular season.

Matthews earned the C-USA Offensive Player of the Week honors after a career day Monday against Charlotte. She posted 14 kills on Sunday to open the series against the 49ers along with four blocks and a .400 hitting percentage.

Then on Monday Matthews connected on 23-of-24 kills that went deep into the third set. She was on track to break the NCAA single-match record of posting a .950 hitting percentage on more than 20 or more kill attempts.

Matthews finished Monday’s match with a new career-high in kills with 25 and that’s the highest total in the nation across a three-set match in 2021.

Then Dieudonne was named the C-USA Setter of the Week accolade which is the seventh time she’s been awarded the honor.

Dieudonne posted a season-best .438 hitting percentage on Monday against Charlotte. In six sets played against the 49ers, Dieudonne totaled 73 assists with her average coming in at 12.17 helpers per set played.