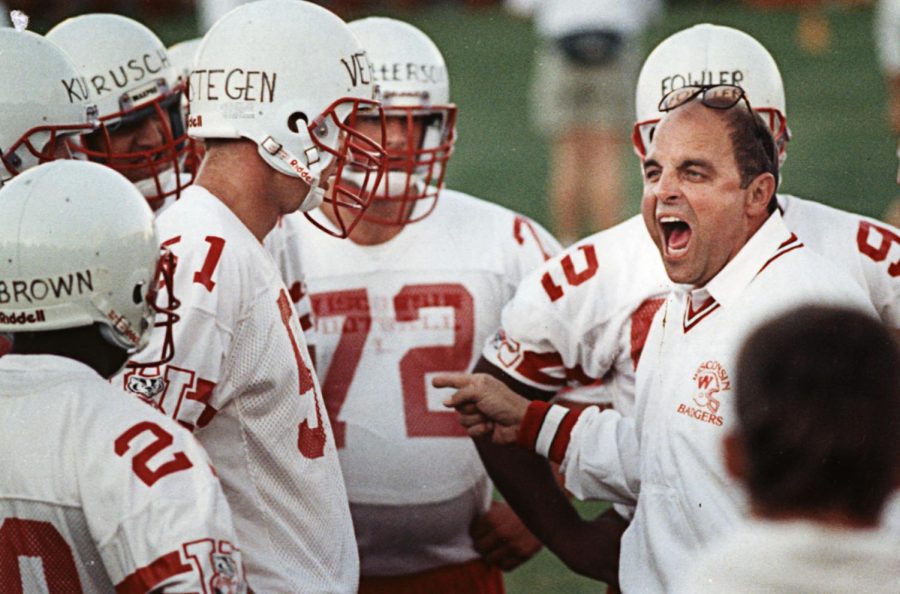 First-year coach Barry Alvarez lays into the assembled players at a freshman-only session for not showing enough intensity on Aug. 14, 1990. Among that group were two players, Mike Verstegen (51) and Carlos Fowler (92), who went on to start for the 1993 team that won a share of the Big Ten championship and the school’s first Rose Bowl title.