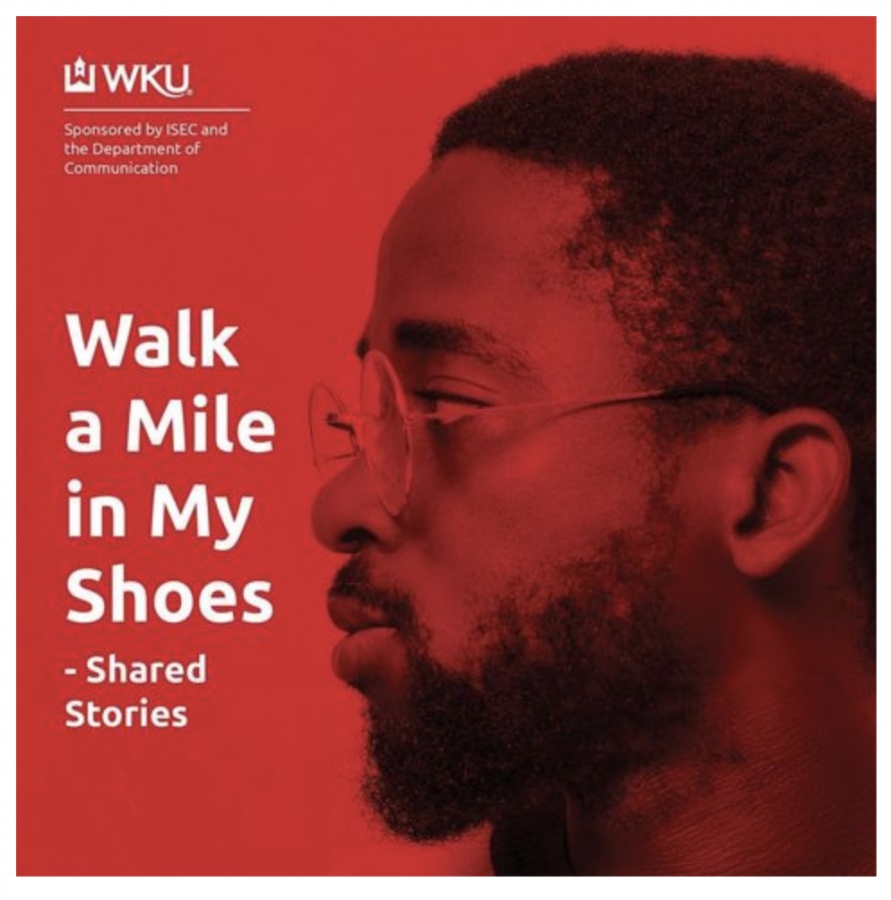 Black WKU students and alumni shared personal experiences in Walk a Mile in My Shoes, an in-person and virtual event hosted by WKU Intercultural Student Engagement Center and the Department of Communication Tuesday.

Barrett Wright, the first speaker, shared how he used his Christian faith to become a minister and graduate from WKU with a bachelor’s degree in religion after he was sentenced to prison for selling illegal drugs.

“I give all the credit to Jesus Christ,” Wright said. “Had it not been for Jesus, who was ingrained in me when I was a young boy, I couldn’t have gotten turned around.”

Wright was also grateful for WKU.

“Western Kentucky University lent me an opportunity to make good on some of the mistakes that I had made,” Wright said.

Jay York, a WKU student from Covington majoring in criminology and sociology, told the audience about how he was able to persevere despite facing challenges in his household.

When York was in high school, a teacher encouraged him to change some of his habits. He resisted the teacher’s advice at first, but he eventually accepted the recommendations.

“From that point, I made the decision that I’m not gonna let my circumstances define me or my potential or where I could potentially be,” York said.

After a spinal injury forced him to stop playing football, York enrolled at WKU. He soon got involved with several campus organizations, including ISEC. York said that in order for him to make progress in his life, he had to be patient with the process.

“You’re measured in progress, but it’s all about the process,” York said.

The third panelist, Andrea Hibbitt, a WKU alumnus with a bachelor’s degree in communication, spoke about the effects that arise when she asserts her role as a Black female leader.

Hibbitt said she has developed characteristics that have supplied her with a “can’t fail, won’t fail” mindset.

“I fall at the very bottom of the societal totem pole,” Hibbitt said. “So society has stacked every odd against me. I’m here to knock down all of those odds.”

Hibbitt said she has put her leadership skills into practice by launching a life coaching business while simultaneously raising three children as a single mother. She told the audience that in order for them to address the issues that surround them, they must identify the problem first.

“It’s OK not to be perfect,” Hibbitt said. “It’s OK to make mistakes. In trying situations, take a moment to feel how you need to feel. In order to get through the encounter, pick your head up and proceed forward.”

The final panelist was Cameron Thomas, a former WKU football player who graduated with a communication degree in 2014. Thomas talked about how he overcame the challenges of growing up in Paterson, New Jersey and how his experience at WKU impacted his life.

“When I came to Kentucky, it was scary in a sense because all I thought about was that all my friends had said that they’re going home,” Thomas said. “So if I fail, the only thing I have left is what?”

Thomas said he has had to address the vulnerabilities in his life by becoming more open to communicating with others.

“I think the more I pushed myself in that uncomfortability, a lot of tenacity, learning and understanding came out,” Thomas said. “I had the openness to say, ‘I can receive this and change myself because I don’t have to be in Paterson. I can be Cam in any facet that I need to be.’”

Thomas told the audience to feel free to share stories from their life in public.

“I feel like so many people have amazing stories,” Thomas said. “If you don’t think you have a story, I promise you, you do because you talk to yourself more than you do with anybody else.”