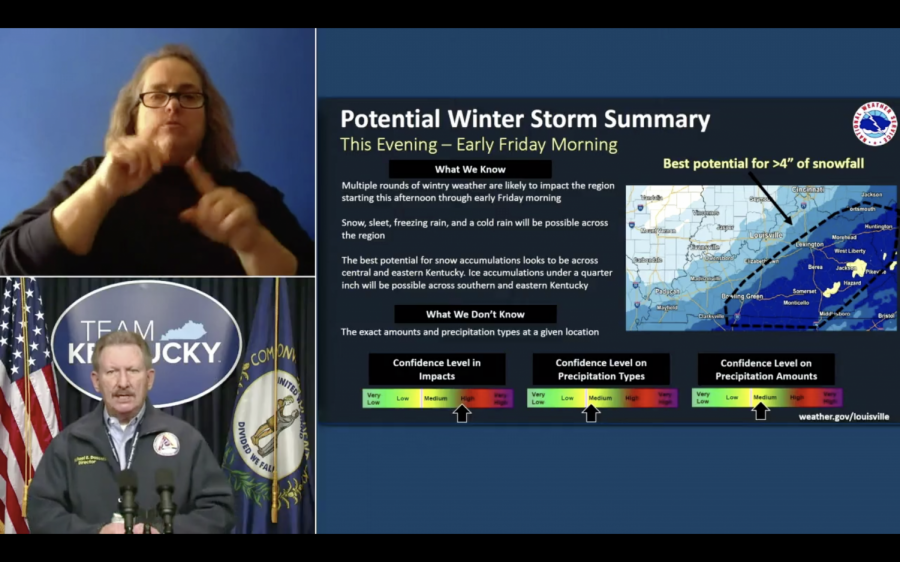 Governor Andy Beshear in a Wednesday conference said road crews across the state have been busy preparing for the third winter storm to hit the state in the past eight days.

“If you must travel, it’s still important to be careful.” Beshear said. “If you are on the road, watch out for snowplows, salt trucks and other emergency vehicles.”

The National Weather Service in Louisville has placed Bowling Green and Warren County under a winter storm warning.

According to Beshear, snow accumulation may mix with or change into freezing drizzle Thursday morning.

Beshear said travel could be “very difficult” and the weather conditions will likely affect Thursday morning travel. The warning will expire Thursday at 6 p.m.

The Kentucky Transportation Cabinet reported that most highly-traveled roads were passable following treatment earlier this week.

KYTC was making progress on treating secondary roads before the third winter storm entered the state.

Beshear said the Kentucky State Police could shut down an interstate if collisions occur or if the road conditions deteriorate to a point where interstate travel is impossible.

State Police stated that people should dial 911 only when there is an active emergency.