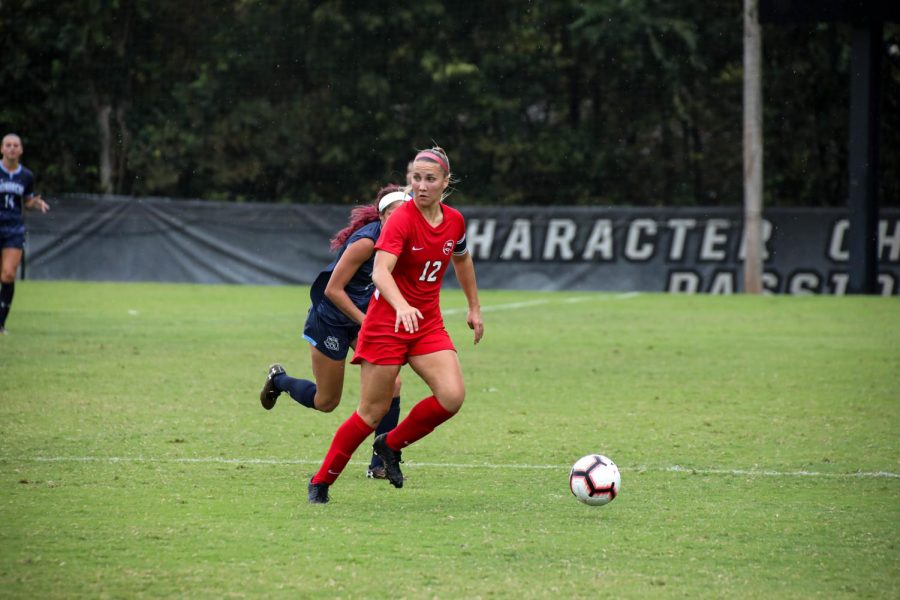 Avery Jacobsen dribbling the ball up the field against Old Dominion on Sunday Oct. 6, 2019 at the WKU Soccer Complex.

On Tuesday senior defender Avery Jacobsen was named C-USA Defensive Player of the Week following the 4-0 victory over Southern Illinois.

Jacobsen’s stellar defense led to a 4-0 shutout at Southern Illinois. Jacobsen showed out as captain of the team, and she managed to score her first point of the 2021 season at 23 minutes into the matchup.

The point came as an assist to junior midfielder Ambere Barnett’s goal in the first half against the Salukis.

The award isn’t new to Jacobsen as she also won C-USA Defensive Player of The Week on Aug. 26, 2019.

Up next the Lady Toppers will next be facing Middle Tennessee State on Friday at 7 p.m. as Jacobsen and the rest of her team seeks to carry their momentum into the next game.