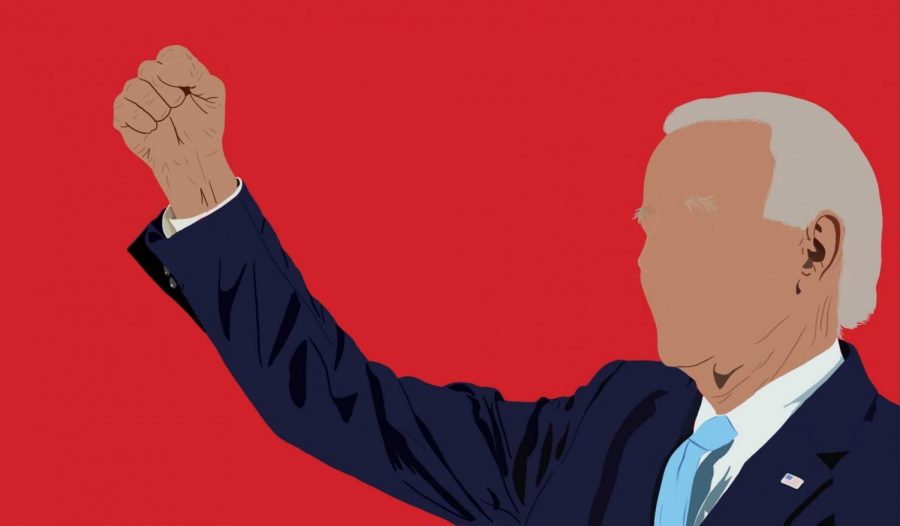 It has been over a month since President Biden was inaugurated, and in his first month as president, he has signed 40 executive orders. Biden has altered immigration policies, rejoined the Paris Climate Agreement, and banned discrimination based on gender identity or sexual orientation, many of these changes on the first day of his presidency.

WKU students have their own opinions on Biden, with many welcoming the stark contrast to the last four years under Trump.

Avery Pope, a freshman studying English from Elizabethtown, said she feels people have a lot of expectations of Biden’s presidency, especially when dealing with the pandemic.

“He’s a little over a month into his term and I think he’s accomplished a lot in that short time span,” Pope said.

Pope believes that Biden making so many changes will be a good thing for America.

“There are a lot of policies that need reforming to protect the America and the world our kids will live in,” Pope said. “I think that the process of immigration should be safe and humane for all parties involved. I’m really happy that the US has rejoined the Paris agreement because it’s so important to raise awareness of climate change and protect our planet. It’s great that he’s banning discrimination based on gender identity/sexual orientation because no one should be treated with disrespect based on how they identify in any situation, but especially in the workplace or at school.”

Pope said she wants Biden to keep the promises that he made during his campaign now that he is president.

“I know a lot of politicians will promise various things while they campaign,” Pope said. “I just hope that he keeps them. for a lot of people, the previous year has been so so hard and I hope that he passes legislation to provide relief and to keep all Americans safe and healthy.”

Hayley Linville, a freshman studying mathematical economics with a concentration in actuarial science and military science from Louisville, said she believes that Biden will keep his promises that he made during his campaign.

“I feel that Biden is a great president so far,” Linville said. “He has already successfully widened racial equality, along with reversing the Muslim ban, and widening LGBTQ+ rights, such as transgender Americans being allowed into the military.”

Joyce Augustine is a freshman studying journalism who was raised in Louisville. Augustine and her family moved to the U.S from Africa when she was a one-year-old, so she said that immigration policies are something she pays close attention to.

“I feel a lot more comfortable with him in office,” Augustine said. “I know a lot of other minorities do too. I hope to see socially everyone just come together and just be as one, where I don’t have to like walk out and feel insecure about someone that’s not even my same skin tone, or I don’t have to like be afraid when a cop stops me anymore.”

Augustine said she feels that Biden will create changes that people have been waiting for.

“I think he’s finally getting done what needed to be done after all this time,” Augustine said. “Honestly, I hope it’s not too late to get things going good but I think that he’s doing the right things now he’s doing what Trump should have done in the past four years.”