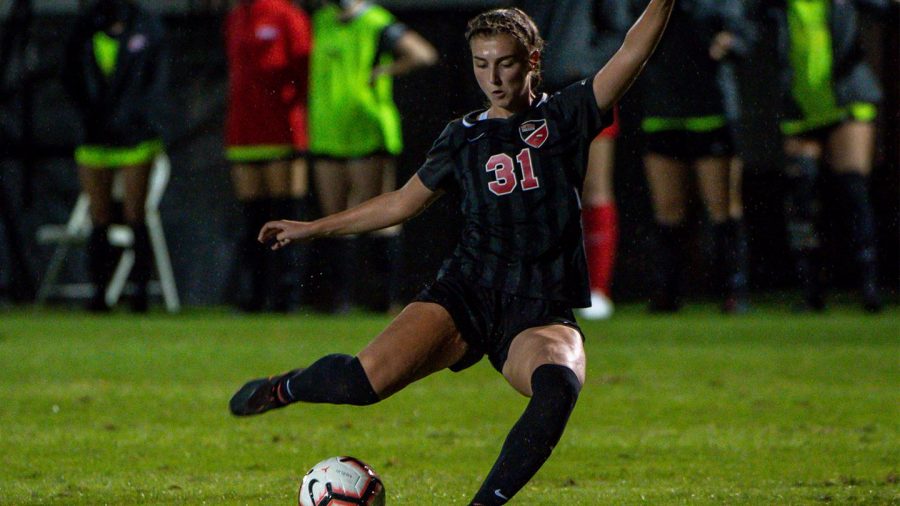 WKU women’s soccer pulled out their first unofficial win of the spring season taking down long-time rival Lipscomb in their second and final exhibition of the preseason.

WKU’s offense outshot Lipscomb 9-8 in the exhibition match. Three of those shots were pulled off by WKU junior defender Chelsea Moore.

This is Moore’s third season playing for the Lady Toppers following her 2018 season being cut short due to a devastating season-ending injury. Prior to her injury, the junior managed to play in all 17 games over the 2017 season, starting in 11.

Sophomore goalkeeper Ashley Kobylinski managed an impressive six-save shutout throughout the entirety of the game over the Bison.

This was the seventh time in the Lady Toppers’ 20-year history they’ve played Lipscomb. WKU has managed to take home the win in six of the matches with the last match played in 2018 ending in double overtime 1-1.

Lipscomb is coming off a win against Middle Tennessee University in an exhibition match played in Nashville on Jan. 29.

An official rematch between the two rivals is scheduled for a heated Valentine’s Day game on Feb. 14 on the Hill.

The Lady Toppers will be heading down south to size up North Alabama University on Feb. 6 at 6 p.m. This will be the first time in WKU’s history they’ll be playing the Lions.