Lady Toppers travel to Houston for matchup with Rice 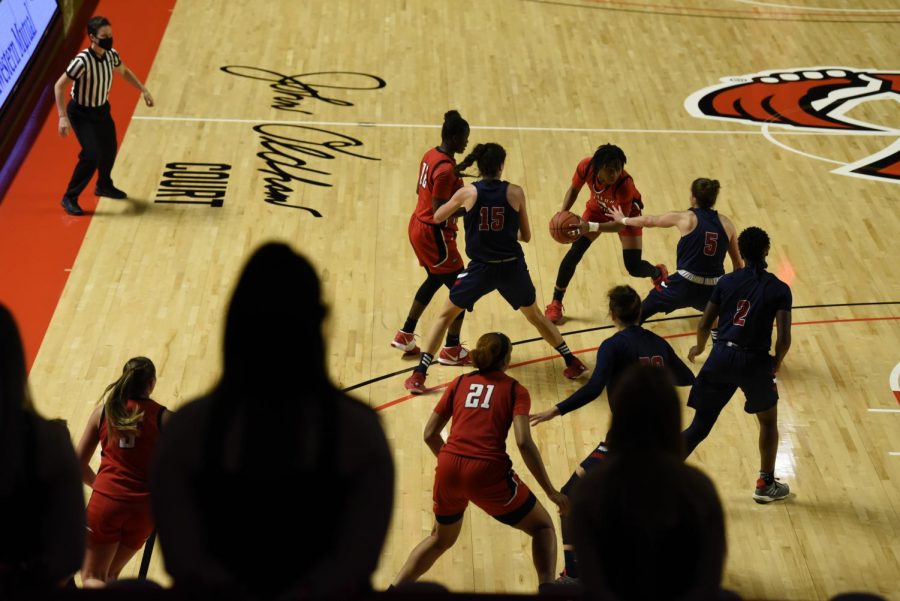 At halftime, the Lady Toppers were down 42-30 against Florida Atlantic University. The two teams played in Diddle Arena on Saturday, Feb. 6.

Collins said the team is planning to make it to Houston, Texas despite the threat of incoming severe weather.

“We’re gonna practice today and head to Nashville to try to make sure we get close to the airport,” Collins said.

Aside from traveling to Houston, Collins had a few things to say about the next matchup.

With six of Rice’s players averaging over eight points per game and one of the best field goal percentages in the conference, Collins talked about what his team is going to need to do offensively to get things going against the Lady Owls.

In Saturday’s loss against FAU, the Lady Toppers were outrebounded 50-37, which Collins addressed.

“And then with us, it comes down to rebounding,” Collins said. “It still comes down to making sure you limit a team’s second chance opportunities.

Collins spoke of the older players on the team and how they’ll be important to leading the younger players in this upcoming series.

“Especially Raneem and Meral having played against Rice and having played in their arena before, it gives them a little bit of preparation that the other young ladies don’t have,” Collins said. “I think the rest of it is still just us growing as a team as individuals.”

The Lady Toppers will face off against Rice on Friday at 2 p.m. and again on Saturday at 4 p.m.