Preview: Missouri baseball looks toward Florida and the future 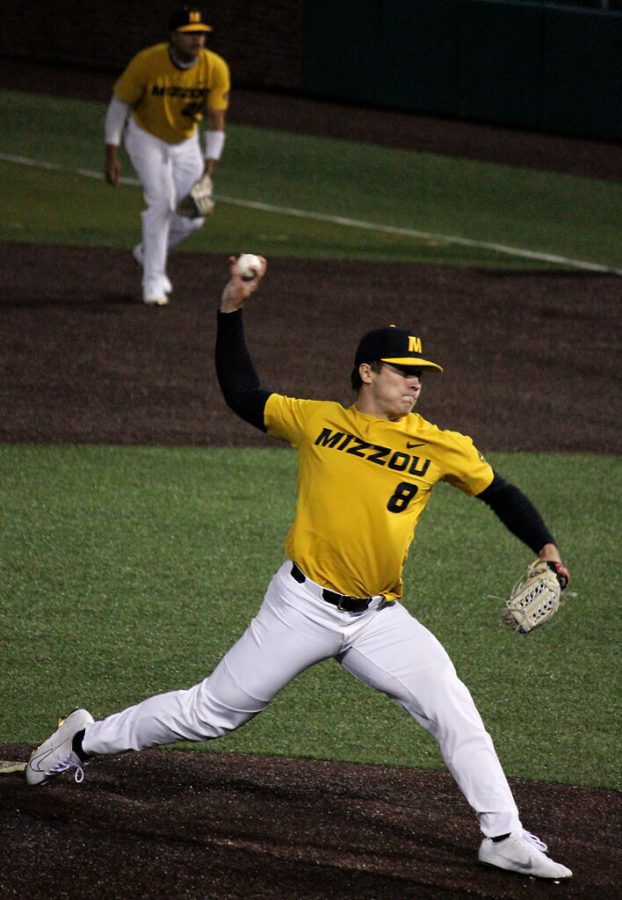 It has been a tough season for Missouri baseball, and this weekend is one of the toughest. The Tigers are on the road at the preseason No. 1 Florida Gators’ new stadium, Florida Ballpark. Expectations are not high for Missouri this year after its slow start, but the young Tigers give reason to be excited for coming seasons.

For a week, there was hope for Missouri. The Tigers won two straight against Texas A&M, which has been having a down year from its traditional success. The Tigers then upset then-No. 11 South Carolina on the road on the back of Friday ace Seth Halvorsen, and the team was riding high. But the Gamecocks crushed the Tigers in the next two games by a combined score of 24-5, all but squashing the Tigers’ hopes of competing in an NCAA regional.

Missouri’s most realistic chance now to play in the regional round of the College World Series is to win the SEC Tournament, and right now the Tigers are the first team out of the 10-team Hoover, Alabama, tourney.

So, in the next half of the 2021 season, all eyes are focused to the future and the young players on the team. Underclassmen infielders Dalton McNamara, Luke Mann, Trevor Austin and Torin Montgomery have all made impacts on the diamond and in the lineup this year. All have seen mixed success at the plate with flashes of high ceilings.

Montgomery and Mann will likely lock down the corner positions this weekend against Florida and in future seasons. Both power hitters, Mann and Montgomery need to work on their strikeout rates, but that should come with experience.

The pitching staff, too, is packed with young talent. Missouri’s trio of weekend starters, Seth Halvorsen, Spencer Miles and Zach Hise, are all underclassmen, as is one of the more talented arms out of the bullpen, Ian Lohse. Lohse won’t touch the rubber in Florida — he’s out with an injury — but you can bet the other three will.

Halvorsen won the Friday job from Miles after an electric performance against Texas A&M. He’s a triple-digit guy whose stuff projects well to the pros. Hise and Miles have struggled thus far, but with growth and more experience can have big impacts later in their careers at Missouri.

Florida started the season ranked No. 1 but almost immediately underperformed. The Gators dropped their opening series to in-state rival Miami and spent the next few weeks bouncing around the top 25, including appearances in the top five.

Florida stumbled a few times, dropping games to Florida Atlantic, Jacksonville and Florida State before a three-game sweep at the hands of South Carolina. In their most recent SEC series, against Tennessee, the Gators lost the first two games by narrow margins before winning the finale by a run in Knoxville.

One thing Florida does excel at is getting the ball in play and creating offensive opportunities. Tiger pitchers really need to reduce their walk rate, and Missouri defenders should be on their toes to make sure the Gators don’t capitalize on cheap hits or defensive mistakes.

Florida leads the SEC in errors and is last in fielding percentage, so if Missouri hitters can take a page out of their opponent’s book and knock the ball in between the foul lines, good things may happen.