‘A place in my heart:’ Social work professor remembers 38 years at WKU 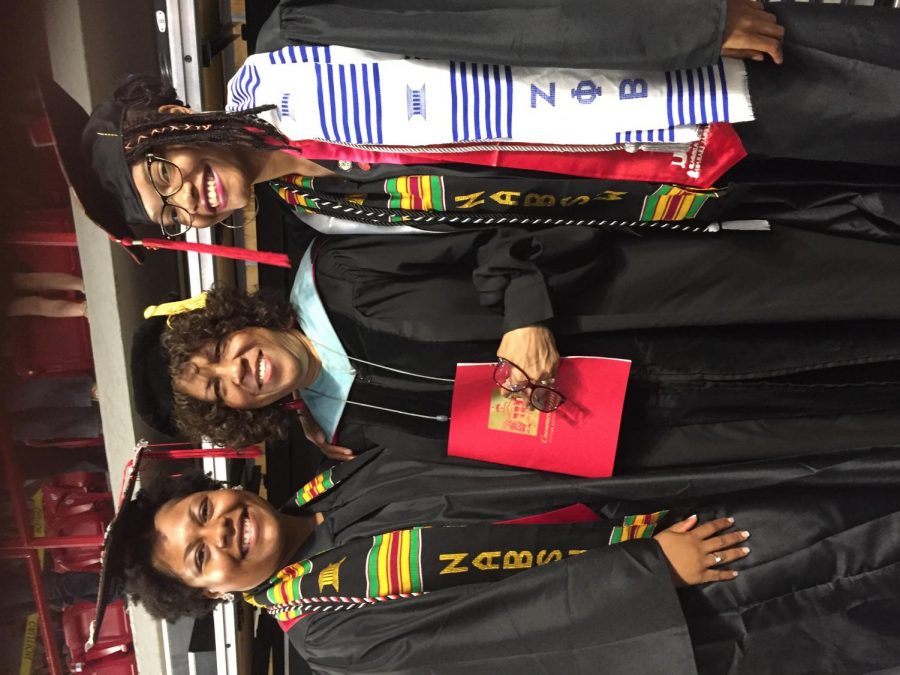 Saundra Starks stands with students who are members of Association of Black Social Workers at WKU spring graduation ceremony in 2018.

Saundra Starks, one of the top three-longest working professorsat WKU, has dedicated 38 years of service to the social work program, but her journey at WKU started before her employment here.

Starks’ journey at WKU started in 1966 when she attended as a student. She received her undergraduate degree in sociology with an emphasis in social welfare.

During her time as a student, Starks was a part of the largest group of African Americans that entered the university.

“Western Kentucky University has always had a place in my heart,” she said.

She completed her graduate work in 1977 and her doctoral work in 1999 at the University of Louisville.

“There was a program called Junior Black Faculty program which allowed us to get rapport to complete our doctorates,” Starks said. “I took advantage of that opportunity and completed my doctorate work at the University of Louisville with the support of WKU and returned to my position as a senior track faculty member.”

Dean May is one of Stark’s colleagues in the social work department.

“My favorite quality about Saundra is how much I have learned from her regarding diversity, cultural competence and social justice,” May said. “She has made me a better social worker, educator and person.”

“My first eight years as an employee at WKU I actually worked as a therapist counselor in the counseling center,” Starks said.

The Kentucky native’s favorite part about working at WKU and being a professor include being instrumental in developing educational programs, working with a great team of colleagues, and the ability to mentor and to contribute to the future social work.

Monica Hines has been a friend and colleague to Starks. Hines also works in the social work department.

“Her contributions to the profession are immeasurable. Dr. Starkshas had a seat at many necessary tables and ensures to include men and women,” Hines said. “She has been recognized on a national and international level. Dr. Starks has been the chairperson of the Community Kwanzaa Celebration, Juneteenth Celebration, and other significant events for our community and always ensures that others have a seat at the table as well.”

To add to her resume, Starks was also one of the creators and is the director of the Master of Social Work graduate program at WKU. The program prepares students for professional social work at the graduate level.

With the numerous accomplishments Starks has achieved so far, she said “my passion for social work, the clients we serve, the students that we help develop, and the ability to be a change agent” motivates her to continue to do more.