‘We’re excited about this group’: Hilltopper baseball returns to the Hill 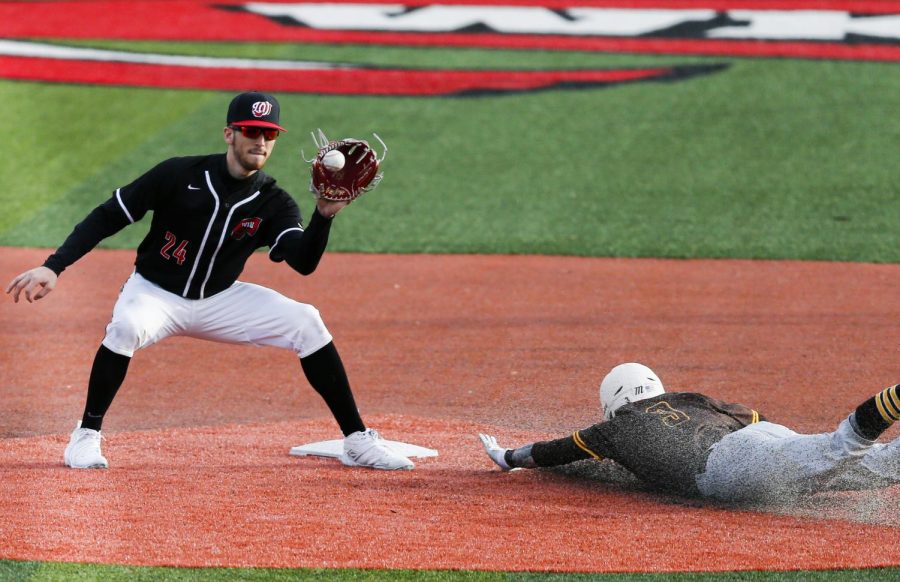 WKU baseball has returned to the Hill for the 2021 season. The Hilltoppers went 10-6 in 2020 before the remainder of the campaign was shut down due to COVID-19.

Head coach John Pawlowski returns for his sixth season at WKU and welcomes 16 new faces on his roster ahead of the new season. Nine players from last season did not return to play this season.

“We’re excited about this group,” Pawlowski said. “I believe there were seven seniors that decided to come back and they got another year of eligibility.”

Pawlowski also said that across the landscape of college baseball this season, programs will have more seniors returning as well. A ‘parody’ is what Pawlowski called it.

“The way they’ve handled themselves on and off the field is just as important if not more important now than it ever was before with all of the restrictions,” Pawlowski said. “It’s great to have some senior leaders and it’s great to have them back on the program this year.”

Among the leaders is senior shortstop Kevin Lambert who is returning to the program following the cancelation of his senior season last year. Pawlowski said he believes Lambert is the anchor of WKU’s defense, and in his opinion, the best defensive shortstop in the league.

“It feels amazing getting another opportunity to get back out there with my brothers and compete for a conference championship,” Lambert said. “I’m so happy and it’s awesome.”

Another leader returning is graduate Davis Sims who was named to the Preseason All-Conference Team on Thursday ahead of the ensuing campaign. Davis led the team in RBIs last season with 19 prior to the league closing up shop.

It feels great to be recognized by those accolades and be in that pool of guys,” Sims said. “I hope I can do my best this year. I’m very excited about the opportunity to come back and play again this spring.”

Redshirt junior Michael Darrell-Hicks will also be making his emphatic return to the mound after making a comeback from being out his junior season in 2019. In 2020 Darrell-Hicks started in four games, posting a 2-1 record. He pitched in 18 innings and had 23 strikeouts.

“Obviously we wanted to play it all last year,” Darrell-Hicks said. “I’m trying to get stronger and trying to work on the little stuff that helps your game.”

After missing the 2019 season and then not playing all of the 2020 schedule, Darrell-Hicks agreed that it was extra motivation for him going into 2021.

“I’m just trying to keep my head down and keep working,” Darrell-Hicks said. “That way I can perform the way I want to perform.”

Pawlowski did not have a definitive answer as to who he would start for the season opener. He did say Darrell-Hicks, junior Sean Bergeron, and junior transfer from Alabama Ryan O’Connell are all players that can go out and pitch effectively on opening weekend.

The first pitch of the season is next Friday at 3 p.m. in Nick Denes Field. WKU welcomes North Dakota State to begin the 2021 season.