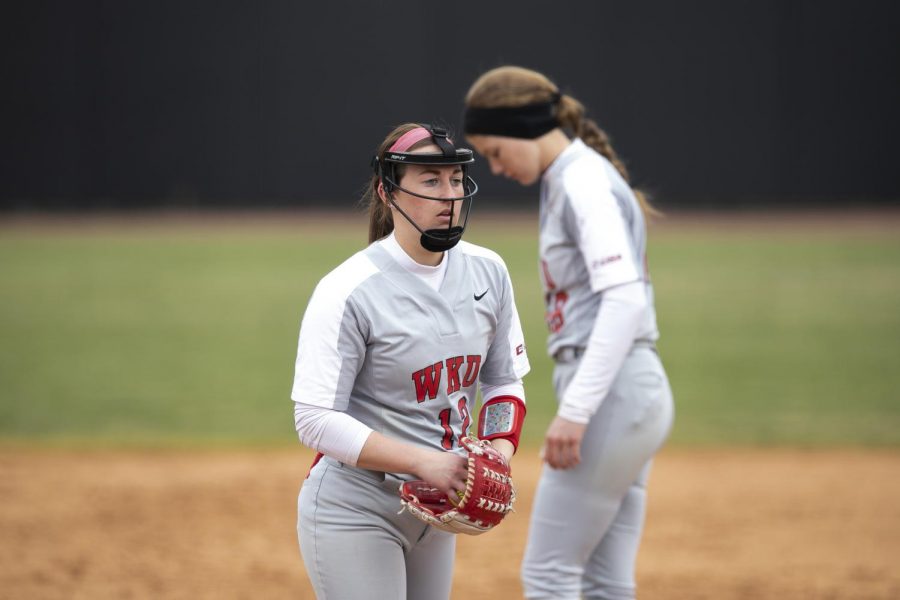 WKU pitcher Kelsey Aikey steps on to the mound to warm up for bottom of the 5th inning. The Hilltoppers defeated the Phoenix 3-0 to take 3rd place in the Hilltopper Classic February 23, 2019. Aikey earned the complete game shutout win in the circle while matching her career high 13 strikeouts.

WKU softball’s trip to Statesboro, Georgia to compete in the Bash in the Boro tournament hosted by Georgia Southern has been cancelled due to unsafe weather conditions.

WKU will now turn its focus to next weekend when the Hilltoppers travel to Chattanooga, Tennessee to officially start their season against Kennesaw State on Feb. 19.