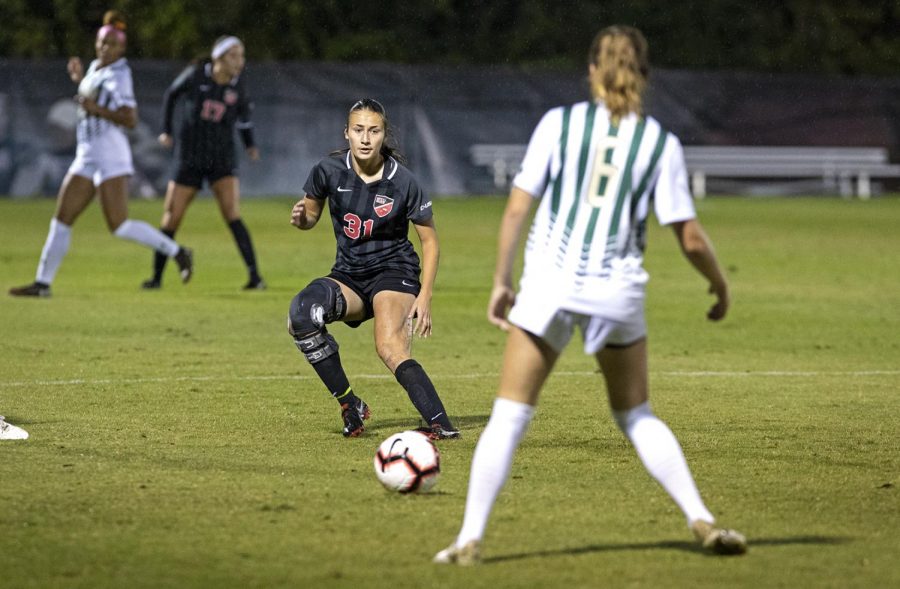 WKU junior Aleksandra Kozovic (31) looks to intercept the ball from UAB players during the game at the WKU Soccer Complex on Friday, Aug 26, 2019.

WKU (0-1) Soccer’s home opening matches against Bellarmine (0-1) and  Lipscomb (0-1)  have both been officially canceled.

The Thursday night Feb. 11 match against the Bellarmine Knights has been canceled following reports of inclement weather in the Bowling Green area. The news comes hours after WKU canceled all in person classes the same day.

The Sunday game Feb. 14 against Lipscomb was canceled due to COVID-19 protocols within the Lipscomb program.

The last home game played at WKU was 474 days ago where the Lady Toppers took on the Alabama-Birmingham (2-1) where WKU came out on top 1-0.

WKU’s home opener will now be Feb. 17 at 4 p.m. against Xavier University.