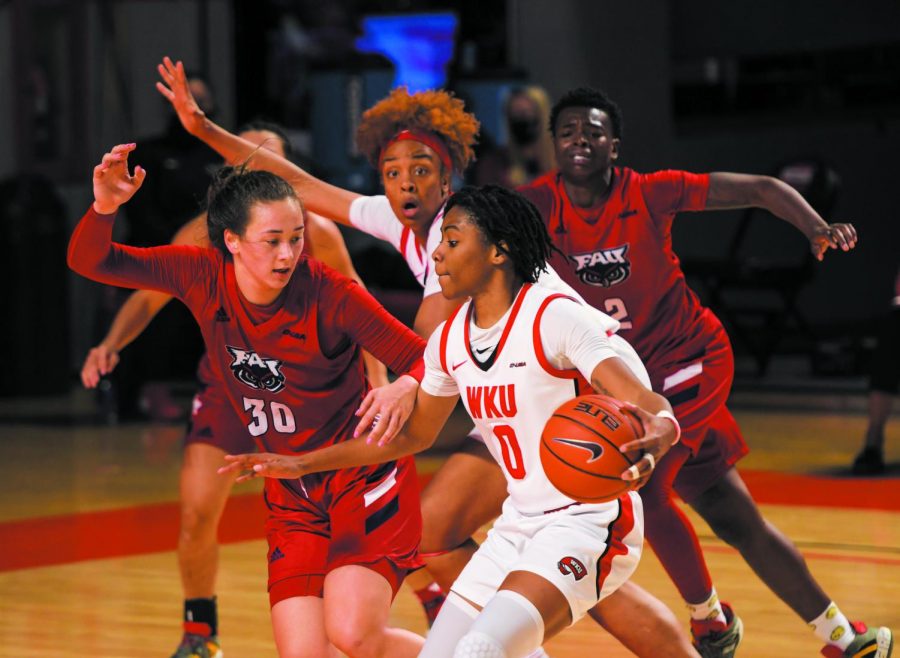 The Lady Toppers (6-12), (5-7, C- USA) were scheduled to host the North Texas Mean Green (8-2), (11-4, C-USA) at home this past weekend, but due to hazardous winter weather conditions in Bowling Green, the series was postponed indefinitely.

Due to the cancelation, the next opponent on the Lady Toppers’ conference slate is the FIU Lady Panthers (10-10), (7-7, C-USA).

There are several aspects of the Panthers’ offense that will provide a challenge for the Lady Toppers in their next series.

Another player that carries the Panthers’ offense is senior Kyla Nelson, who averages 14.8 points per game and has scored 267 points this season. Nelson’s greatest performance this season was in a conference series against the Old Dominion Monarchs where she dropped 27 points.

The Lady Toppers’ best offensive performer is senior Raneem Elgedawy, who carries WKU’s offense with 22.4 points per game and 224 points scored this season. Elgedawy tied her career-high of 29 points in WKU’s last series against Rice.

Another player performing well offensively is freshman Hope Sivori, who averages 10.2 points per game and has dropped 183 points through the hoop in her first season at WKU. Sivori’s career-high is 23 points, which she scored in a conference game against the Louisiana Tech Lady Techsters.

WKU senior Fatou Pouye is another excellent offensive performer at the Lady Toppers’ disposal. Pouye averages 10.1 points per game and has scored 181 points this season. Pouye’s best game this season was against Louisiana Tech where she scored 21 points.

The Lady Toppers will travel to Miami this weekend to tip off against the FIU Panthers at FIU Arena. Friday night’s matchup is scheduled for a 6 p.m. tip off time. Saturday’s game will tip off at 3 p.m. to conclude the series.