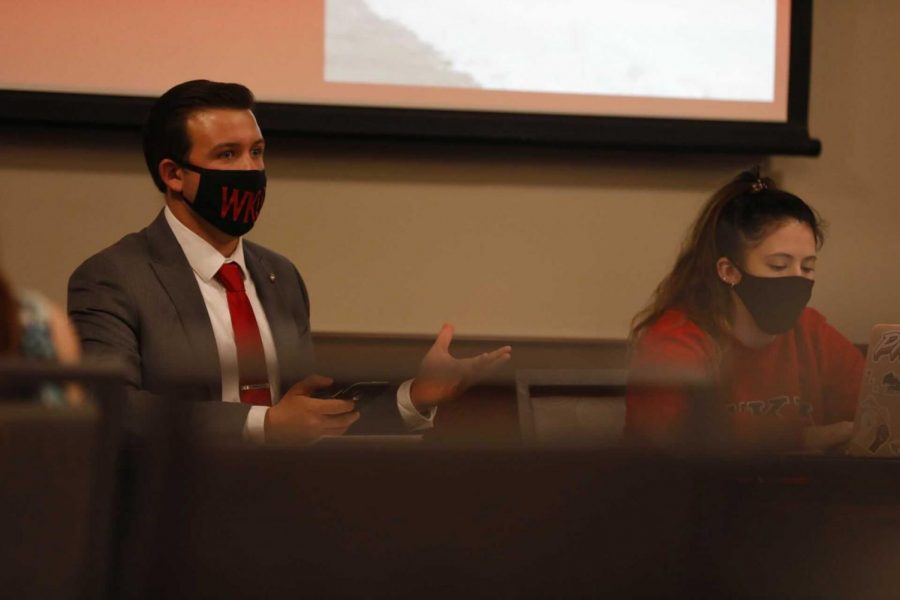 The Student Government Association voted on legislation to fund a scholarship grading event and to support the Bottom of the Hill Revitalization Initiative at their sixth meeting of the semester.

A bill was presented to the senate, authored by senator Fatin Yaro, to fund a book scholarship for international students. After debate and discussion on the logistics of the bill, it was moved to next week and will be voted on in the next meeting.

After this, senators Matthew Waninger and Matthew Thomas presented a bill that would confirm SGA’s support of the Bottom of the Hill Revitalization Initiative.

“We want to gauge students’ interest so that students have a voice in saying what would end up happening by the Freshman Village,” Waninger said.

The bill passed unanimously, meaning that Waninger and Thomas will soon send out a survey to all WKU students asking for ideas on what should be done with the green space by the Freshman Village.

Another bill, authored by Tess Welch, Natalie Kelley, Chloe Snow, and Emily Tinsley, was presented to provide funding for an SGA scholarship grading event. The bill was passed unanimously.

According to SGA’s Director of Academic and Student Affairs Kody Okert, less than 20 applications have been sent in for the 5 scholarships that SGA is offering this semester.

These scholarships will be due March 1st at 5:00p.m., and can be found at https://www.wku.edu/sga/ under the Scholarships tab.