WKU tips off against Marshall, poised for good start 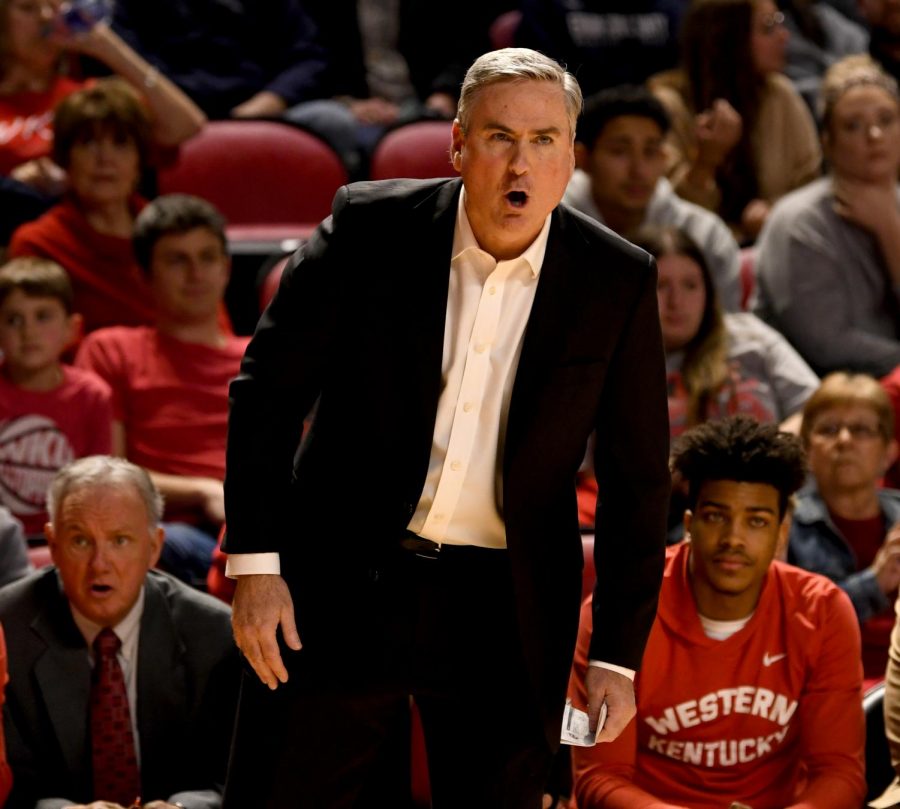 “When you’re struggling offensively, whether you like it or not, it affects you on the defensive end, so like always we want to try to get off to a good start,” head coach Rick Stansbury said.

The last time these two teams met on the court it was a high-scoring affair with WKU taking home a 94-81 victory in Diddle Arena. Six players scored double-digit points for the Hilltoppers with senior Taevion Hollingsworth leading the way with 18 points.

“Just keeping them out of the paint is an emphasis for us, guarding the ball, but we’re more so focused on what we can control,” sophomore guard Jordan Rawls said.

Marshall hasn’t played since Jan. 2 due to its two games against Charlotte being postponed. The Herd defeated Louisiana Tech 80-73, scoring 53 points in the second half.

WKU and Marshall are one and two, respectively, in free throw shooting in C-USA.

“I think the biggest thing they do is throw those lobs to those guys off of screens, because that ball is always high, there’s a lot of people fouling them on those lob plays — they’re very difficult to defend,” Stansbury said.

Junior transfer forward Luke Frampton is a native of Poca, West Virginia, only 45 minutes away from Huntington, West Virginia, where The Herd resides. Frampton was also recruited by Marshall coming out of high school.

“My family is going to try to make it,” Frampton said. “They haven’t been to a game down here, so being able to be close to home and having everybody be there will be fun. Just because I haven’t been able to play in front of them yet while I’ve been down here so I’m excited.”

WKU has won the last three matchups in the Moonshine Throwdown dating back to Jan. 12, 2019. In the 17 matchups between the two teams, WKU has won nine to The Herd’s eight with the last 10 matchups being split evenly.

Game one will be a home game on Jan. 15 with a 4 p.m. tipoff inside Diddle Arena. Game two will be on the road in Huntington, West Virginia, in the Cam Henderson Center on Jan. 17 with a 1 p.m. CT tipoff.