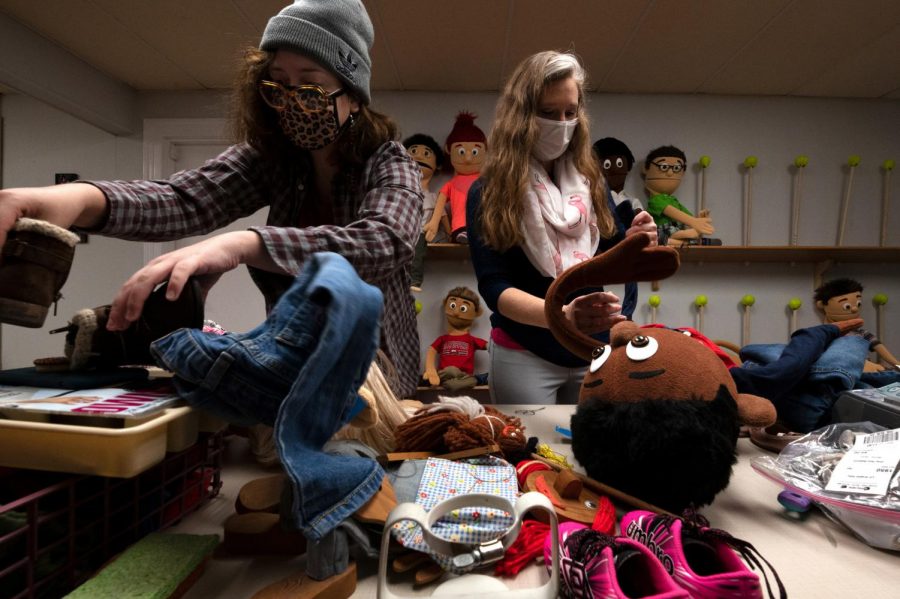 Kids on the Block is a nationwide child education service who uses puppets to teach kids about things like child abuse, substance abuse, and bullying.

Though Kentucky's rates of child abuse and neglect are the highest in the nation, Amanda Guerra works with Kids on the Block to take action in educating and showing love to children across the state.

To the dismay of citizens and government officials alike, voids are being left in the hearts of many children in Kentucky. The state consistently has the highest rates of child abuse and neglect in the nation, according to the U.S. Department of Health and Services. This reoccurring travesty has continued to plague generations of young Kentuckians, but measures are being taken to shrink these numbers, and get children the help they need.

Kids on the Block is an international organization that performs purposeful puppet shows, to teach children everywhere about topics like child abuse and neglect, bullying, substance abuse, and accepting others.

“It doesn’t matter if your child is in a rich neighborhood, or in the poorest neighborhood; it happens everywhere,” said Amanda Guerra, lead puppeteer with Kids on the Block.

The inspiration for Guerra’s career choice developed long ago due to the love and support of her parents. They have always been there to support and encourage her and continue to do so to this day. Their role has shifted in her life since Guerra had her daughter, Zoe, five years ago, but their relationship is still as strong as ever. “She (Zoe) always wants to be there. If you ask her, ‘you can go anywhere. Where do you want to go?,’ she’ll say my mom’s house,” said Guerra.

The bond between her and her family are the pinnacle of importance to Guerra. She believes it is a major contributing factor to her happiness and is a driving force for her to continue to help other children within her community. She hopes to emulate the care her parents showed her, so that as many children as possible can prosper.

In her line of work, Guerra is consistently reminded of the many harsh realities that children face. This can wear on her at times, but she chooses to use what she’s learned throughout her career as a way to teach her daughter about things that may not otherwise be spoken of. “Even something so simple as, one of her Barbie dolls, it’s arm got broke and she didn’t want to play with it anymore. And I’m like, ‘Well, you know, there are people who are born without an arm, or they don’t have a leg, or they can’t walk, and we don’t just throw them away…We want to be their friends too,” said Guerra.

Making a difference in the lives of others, while producing smiles and laughs, is what Guerra aims to do. She hopes by doing so that the world is a better place for all. “I think when a community can work together, then it makes their people stronger,” said Guerra.

“I’ll come home after something like that’s happened and I’ll look at her, and I’ll be like, ‘I’m going to educate you. I want you to know that this is not okay,'” said Guerra.