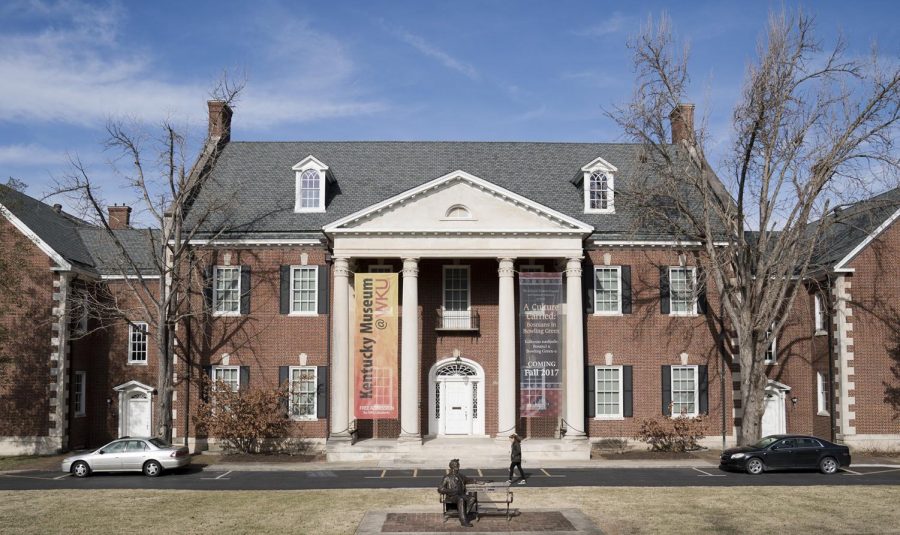 Work on a new exhibit entitled Whitework: Women Stitching Identity is underway at the Kentucky Museum, expected to open to the public in June 2021. This date is subject to change due to COVID-19.

According to Sand Stabell, registrar and collections curator for the Kentucky Museum, the exhibit is a collaboration between the Kentucky Museum, the Kentucky Historical Society, textile researcher and former President of the American Quilt Study Group Laurel Horton, former Professor and Director of the Historic Textile and Costume Collection and Textile Gallery at the University of Rhode Island, Margert Andoias and WKU history faculty member Kate Brown.

The exhibit is co-sponsored by the American Quilt Study Group, the Kentucky Historical Society, Kentucky Humanities, the Foundation for Advancement in Conservation, and the Quilter’s Guild of Dallas.

Staebell defined whitework textiles as all-white in color and was a way for a woman to demonstrate her skill with a needle. Often there are designs embroidered in them, which are also white.

“Whatever beauty you see is in the needlework or the stitching,” Staebell said.

Horton has been researching textiles since 1975 and said that the women who made the quilts had two things in common: they all came from Virginia to Kentucky, and they all were born between 1780-1800.

“Kentucky was a hotbed of revolutionary influence,” Horton said. “All of the women who made these quilts and counterpanes during this period, either their husbands or fathers or both were revolutionary soldiers.”

According to Horton, there’s not much information about women during this period, as they didn’t express opinions about politics or their lives.

“These pieces are women’s expression during a period where we have very few paper documents that tell us what women’s aspirations and capabilities were,” Horton said.

According to the Kentucky Museum’s website, the following pieces will be on display in the exhibit:

KM 1806 – Temperance Wren Sharp’s corded and stuffed quilt. Temperance (1783-?) lived in Garrard County, Kentucky, and made this white quilt before her marriage in 1816. The quilt was inherited by Temperance’s granddaughter, Willia Sharp.

KM 1987.86.1 – Miriam Elmina Helm’s embroidered counterpane. Miriam (1777-1868) was born in Virginia and later moved to Kentucky with her family. She made this counterpane before her marriage in 1797, after which she settled in Barren County and, later, Smiths Grove.

KM 1979.1.1 – Charlotte Briggs’s tufted embroidered counterpane. Charlotte (1795 – 1862) was born in Virginia and moved to Warren County, Kentucky, as a child. She likely made this counterpane before her marriage in 1817.

KM 2002.11.1 – Harriet Legran Bates’s quilt with center medallion. Harriet (1827 – c. 1880) was born in Wayne County, KY, and made this quilt with central medallion cornucopias of pomegranates, grape bunches, and sheaves of grain.

KM 1993.14 – Bettie Whitney Napier’s embroidered counterpane. Bettie (1862 – 1916) was born in Allen County and later lived in Scottsville, where she worked as a merchant following her husband’s death.

Features reporter Abbey Nutter can be reached at [email protected]