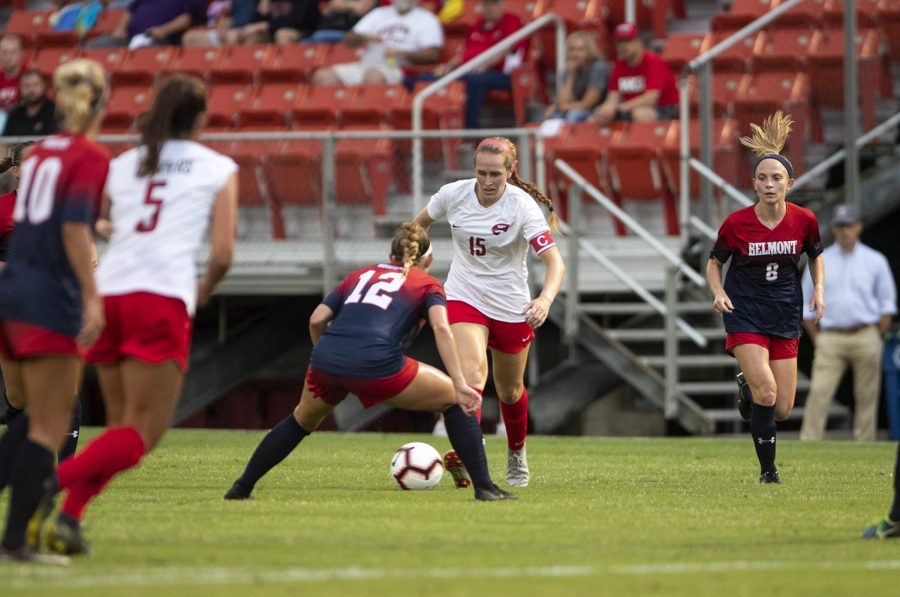 The All Conference-USA Team was announced Tuesday. WKU’s Ambere Barnett was named to the Preseason Women’s Soccer Team for the 2021 season.

This is the junior’s second preseason recognition from C-USA following her first nod to the 2019 season being named to the All-C-USA First Team and the United Soccer Coaches All-Region First Team at the season’s conclusion.

Barnett previously notched five goals and six assists for a total of 16 points in 2019. After only two seasons, Barnett has tied sixth for most career assists in program history with a total of 14.

Barnett’s resume includes having the most shots taken in a single WKU season — 77 on the season and is sixth overall in career shots with 135.

WKU was also picked to finish third in the east division after both honors were voted on by the 14 C-USA coaches.

C-USA is set up to have both an east and west division going into the spring 2021 season.

The stage is set for Barnett and the Lady Toppers take on Lipscomb on Feb. 2 in the final exhibition match of the season. WKU’s season officially starts southward at North Alabama on Feb. 6.