WKU in search of first win over Alabama 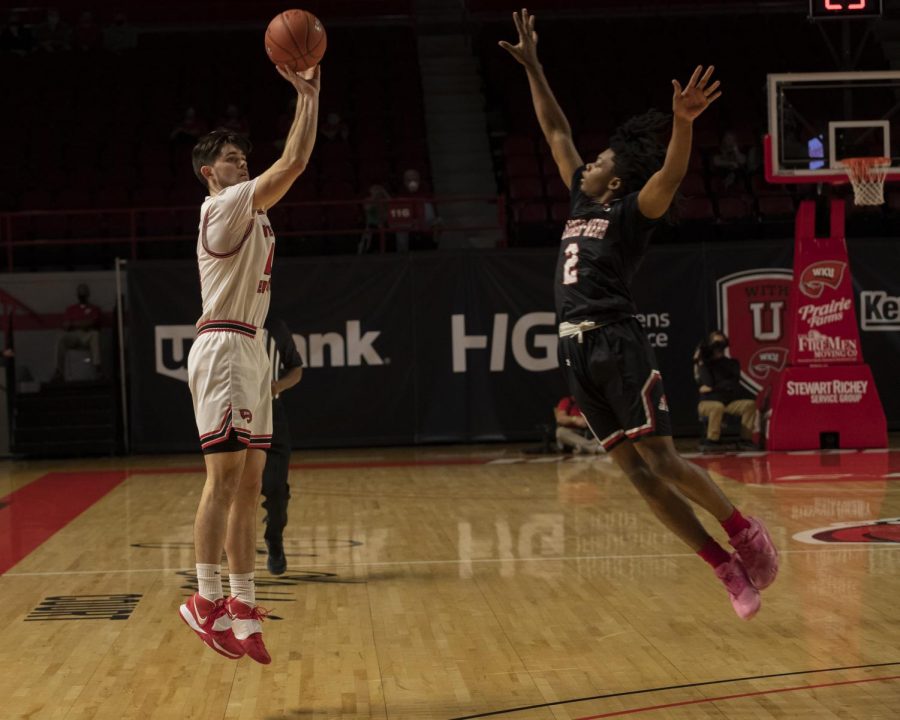 The Hilltoppers (5-2) are slated to take on the University of Alabama (4-2) this Saturday at 1 p.m. WKU currently rides a three-game winning streak going into Tuscaloosa.

“We wanted a good opportunity to play a good quality team on a big stage,” head coach Rick Stansbury said. “I think it’s a good quality game for both programs.”

WKU has not played Alabama in three decades, the third meeting all-time. The Crimson Tide took the first two games.

Alabama most recently won at home Tuesday against Furman 83-80 after being down 10 at halftime. Junior James Rojas came off the bench for the Crimson Tide and scored 11 points while grabbing seven rebounds.

Senior Herbert Jones led the way for Alabama against Furman with 18 points and 12 rebounds.

“They’re not easy to defend,” Stansbury said. “They’re not going to throw it to the block a lot – they’re gonna drop it in there a bunch to keep that floor spread.”

Stansbury said road games are a little different right now and that his team has been playing good competition in the first seven games of the season.

The lone loss on the road for the Hilltoppers was at the University of Louisville 75-54 on Dec. 1. WKU was also beat in the Bad Boy Mower Crossover Classic on neutral ground by West Virginia 70-64 in the championship game on Nov. 27.

Senior Taveion Hollingsworth has dropped 16 points in the last two games and looks to continue his play on the road with the team over the weekend.

“Me and a couple of our guys – who most of us stay together and Alabama played a couple of days ago and so most of us watched it,” Hollingsworth said. “That should tell you how much preparation that we’re willing to give.”

The Crimson Tide had some adjustments to make in their game against Furman. WKU has seen that Alabama’s head coach Nate Oats will put out the five players that match up best against an opponent.

“They got a lot of momentum,” Hollingsworth said. “They were making runs from that and they showed us that they ain’t ever gonna quit so we can’t quit.”

Hollingsworth had been battling a thumb and shoulder injury prior to when the Hilltoppers played in Louisville but the guard said he’s moving along trying to keep himself healthy despite being a little sore.

From beyond the arc redshirt junior Luke Frampton has been lighting it up going 6-10 in the last two games played. Overall this season Frampton is 14-39 from three-point range to assist his team during the three game winning streak.

Heading into the upcoming game WKU will need some sparks of energy being on the road for the second time this season. The past three games have seen WKU fans in the stands providing that needed energy.

“So, when we step out of the corner you know it’s business, so we just got to come out ready and ready to play and, you know, try to limit mistakes but you know we have a huge challenge ahead of us,” Frampton said.