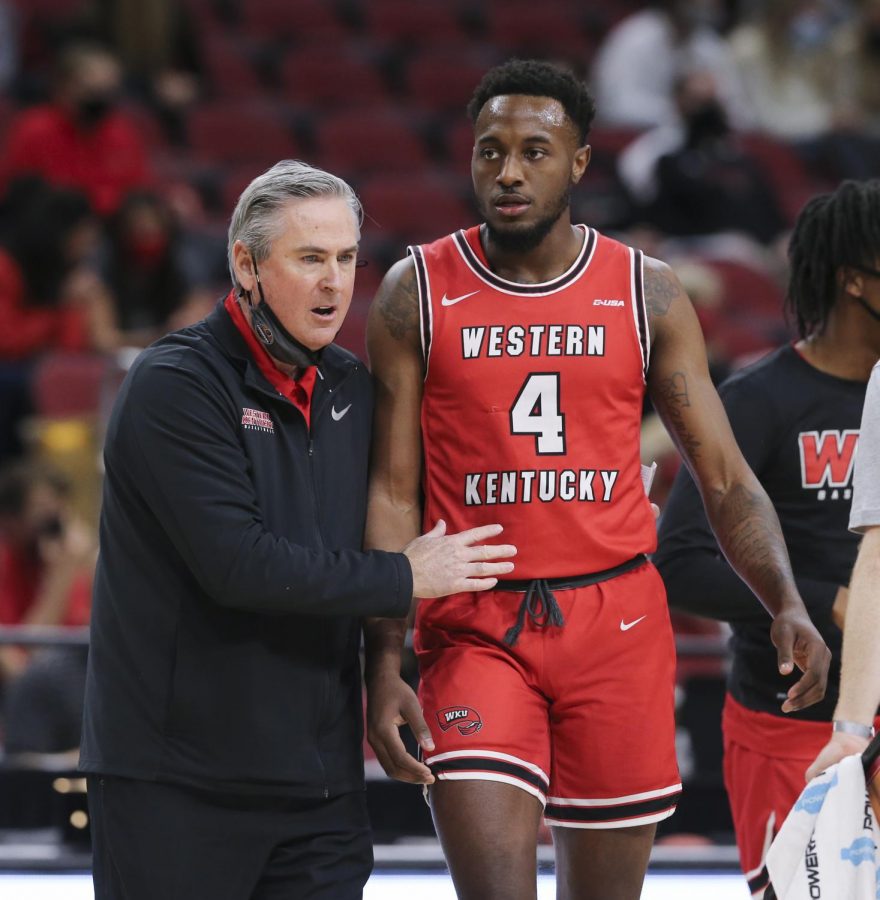 Following the game against Louisville WKU Athletics announced the contest against Little Rock had been canceled. The two programs were slated to play Friday at 4 p.m.

WKU is looking to fill the vacancies for the canceled games against Prairie View A&M and Little Rock.

“You’re not going to beat any good team turning the ball over,” head coach Rick Stansbury said. “Why we turned it over so much, I don’t know. Give Louisville credit, they were good defensively, they doubled that post and didn’t let us take advantage of posting those guys.”

It looked like the game would start out like it did last year with Louisville taking a 5-0 lead. WKU fired back at the beginning of the game, compared to last year, as senior Taveion Hollingsworth had seven of the team’s first 11 points.

Louisville was able to keep the game close early with its three point shooting, going 3-6 compared to the Hilltoppers 1-4.

WKU then went on an 8-0 run with back to back threes from sophomore Jordan Rawls and redshirt junior transfer Luke Frampton to take a 25-17 lead.

The Cardinals defense buckled down, forcing the hilltoppers to go three minutes without making a shot, using that to go on a 10-0 run with five different players contributing.

WKU only scored four points in the last nine minutes of the first half as Louisville took a 34-29 lead at halftime.

The Hilltoppers did a good job holding Louisville’s leading scorer graduate Carlik Jones to only six points but let sophomore David Johnson score 11 in the half, more than his season average.

The second half didn’t start well for WKU, committing four turnovers within the first two minutes as the Cardinals built on their lead.

The Hilltoppers pulled within four with 11:40 left in the game, but then the Cardinals took full advantage going on another 10-0 run, extending their lead to 14 and never looked back.

WKU put up their lowest total points of the season and shot 11 free throws compared to its season average of 17 while the Cardinals shot 20 free throws.

Hollingsworth led WKU in scoring with 19 points going 9-14 from the field and Bassey had 13 points, 15 rebounds and five blocks. They were the only two Hilltoppers to score in double digits.

The senior guard was a game-time decision against Louisville with a sprained thumb and hyperextended elbow.