Walk on this way: Chuck Cecil is showing a young Arizona safety what it takes to succeed 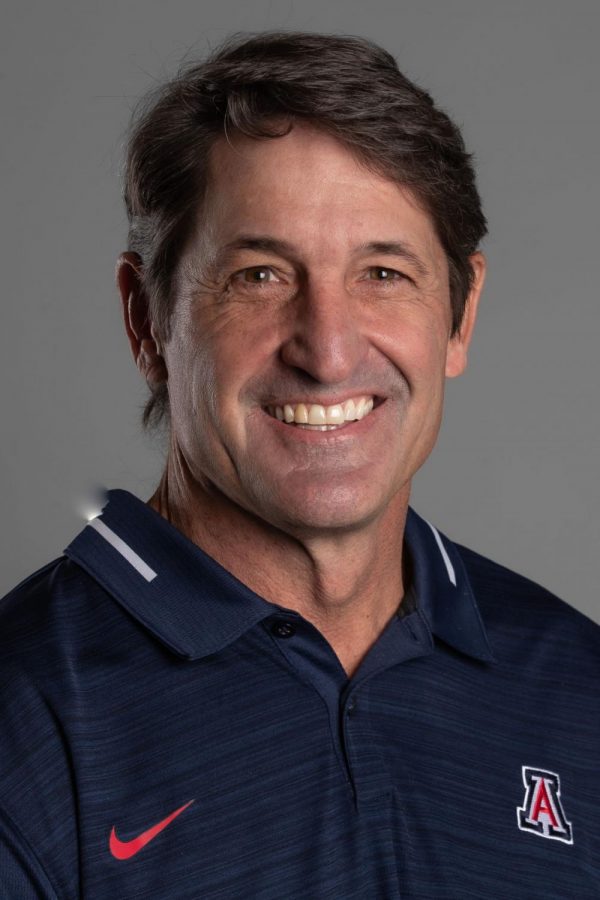 If anyone needed a reminder, Cecil provided one during a post-practice interview Thursday evening.

Cecil, in his first season as Arizona’s safeties coach, was asked about one of his players, Jaydin Young. Like Cecil when he first started out as a Wildcat, Young is a walk-on.

Knowing that Young was standing behind the media gathered in the northwest corner of the Dick Tomey Practice Fields, awaiting his turn to talk, Cecil at first feigned ignorance.

“Who? What’s his name? I don’t know who you’re talking about.”

Cecil then spoke about the connection he has formed with Young, a second-year freshman from Peoria who has been working with the first-team defense during spring practice.

“I’m excited for him because he’s going to be a dude for us. He’s young and still has things to learn, and that’s going to be on me. I have to teach him, and I have to do all I can to help him.

“But the mental part and the person, you can’t ask for anything more from a coaching standpoint – the want-to and the desire and the (willingness) to put in the work. It’s special.”

The more he talked, the more emotional Cecil became. By the time he was finished, he was on the verge of tears.

Young wasn’t surprised. He’s been working with Cecil since Jedd Fisch promoted him from off-field analyst to on-field assistant in late December.

Fisch had a prior working relationship with Hunley. Fisch didn’t know Cecil. It didn’t take long for Fisch to learn how Cecil operates.

“He is there until the very end every single night. He’s the last guy I see leave the building,” Fisch said. “He’s dedicated. He’s got great energy. He’s got great passion.

“It’s really all about the kids for him. He’s a great teacher. He pulls them aside. They come see him all the time, and he likes to just talk one on one.”

Cecil has found a bright, eager protégé in Young, who’s emerging as a playmaker alongside fellow safety Jaxen Turner on the back end of Don Brown’s defense.

Young had only one other Power Five offer, from Purdue, despite earning all-state recognition at Peoria Centennial High School. He decided to walk on at Arizona, where he had formed a relationship with Brown’s predecessor, Paul Rhoads. Young appeared in four games last season, registering six tackles.

Rhoads wasn’t retained by Fisch, but Young had a link to one of the defensive coaches Fisch hired — cornerbacks coach DeWayne Walker. Young was among the athletes Walker helped train during his year off from full-time coaching in 2020.

“He always used to say, ‘Man, Coach, it’d be great if you can come to Arizona,” Walker said.

They ended up reconnecting. And in Cecil, Young gained another mentor, one whose journey from walk-on to stardom he hopes to emulate.

“He’s just so inspirational,” Young said. “He just gives me the motivation to come out here every day and … give it my all on the field, the classroom, practice, no matter what it is.”

Quarterback Gunner Cruz might have had his best practice to date Thursday.

Taking the majority of the first-team reps, the transfer from Washington State had a particularly strong connection with Stanley Berryhill III. One highlight: an on-the-run TD pass on third-and-6 from about the 20-yard line.

“He had the most amount of reps with the first group, and I think he benefited from that,” Fisch said. “Gunner is developing, and he’s showing that he’s got a pretty good skill set.”

Will Plummer threw an interception on the next play but performed better than the previous two practices, particularly when executing the quick game. His best pass of the day, a corner route to Zach Williams, was negated by a penalty.

Fisch said he wanted to see more of Plummer with the first-team offense during Saturday’s practice at Arizona Stadium. Cruz and Plummer have emerged as the front-runners for the starting QB job, with transfer Jordan McCloud set to join the battle in June.

“They’ve moved the ball the most. They’ve completed the most amount of passes,” Fisch said.

“They’ve done that in the meeting rooms, on the practice field, and we’re rewarding them for that.”

UA players and coaches are still undergoing tests for COVID-19 every morning. They will continue to do so until it’s deemed unnecessary. And Fisch will continue to emphasize the importance of practicing safe behavior away from the field.

“We have to,” Fisch said. “We show them what’s going on in other parts of the country. We talk about it to try to avoid it here. Other teams have been shut down already this spring, and we can’t afford to miss one day. That’s our goal, and our guys have done a really good job of that.”

UConn had to cancel its final three spring practices because of a COVID-19 outbreak, and Tennessee had to pause its workouts for the same reason.

Like most other UA coaches across all sports, Fisch has been vaccinated. He said players have been signing up for shots.

“Hopefully, we’ll get them all vaccinated here. That’s the plan,” Fisch said. “It’s certainly available to them all.”

Extra pointsTailback Drake Anderson continued to display quick feet and shiftiness Thursday, eluding JB Brown in the backfield to gain a first down on a fourth-and-1 run. Brown earlier had a tackle-for-loss and later recorded a sack.Cornerback Isaiah Rutherford had a superb pass breakup on a fade pass to Boobie Curry in the end zone.Tailback Bam Smith practiced in full for the first time but didn’t get many reps during team drills.Offensive lineman Donovan Laie and safety Gunner Maldonado remained out. Defensive backs Isaiah Mays and Rhedi Short remained limited.The team visited the Center of Opportunity homeless shelter Friday, handing out meals and preparing Easter baskets for the center’s residents.Fisch said Saturday’s 11 a.m. practice will include a “49%” scrimmage, as allowed by NCAA rules. The Wildcats will perform drills for just over the half of the session before scrimmaging with live tackling. The workout is open to the first 1,500 attendees.