Hilltoppers add Alabama to the schedule 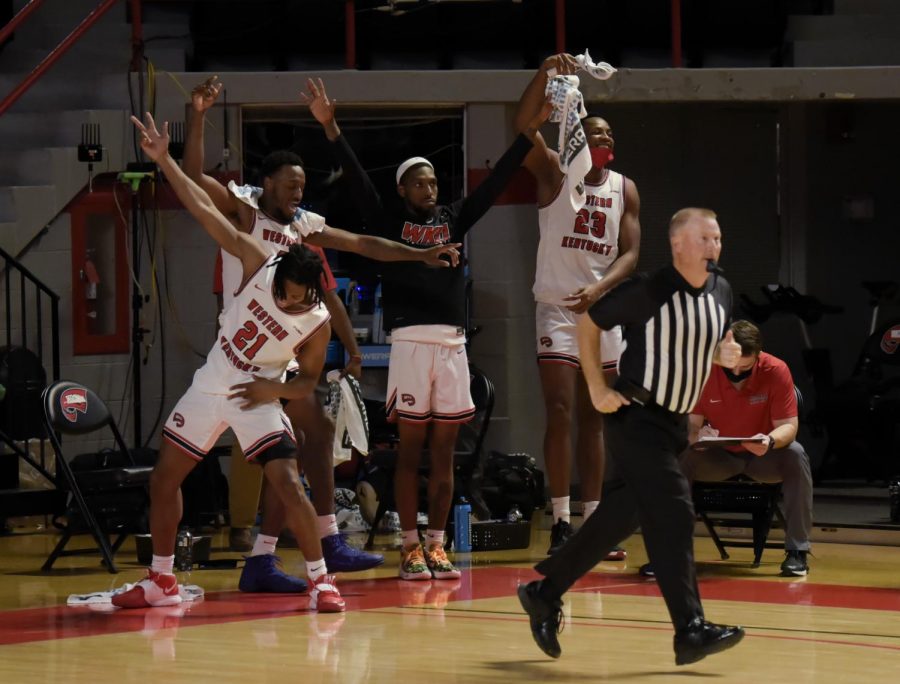 Members of WKU’s Hilltoppers basketball team celebrate after their victory over the Mississippi Valley State Devils on Dec. 6, 2020.

WKU (5-2) has found it’s second to last non-conference opponent to play in the University of Alabama (3-2). The two teams will play on Saturday at 1 p.m. in Tuscaloosa.

The Crimson Tide will play this evening against Furman at 8 p.m. then the Hilltoppers.

This will be the third meeting between the two programs and the first in three decades.

WKU will ride into Alabama on a three game winning streak unless the Crimson Tide have anything to do with that.

The Hilltoppers are in search of their first win against Alabama in school history this weekend before hosting Tennessee Tech on Dec. 22 at 6 p.m.