SGA passes two bills at final meeting of the semester 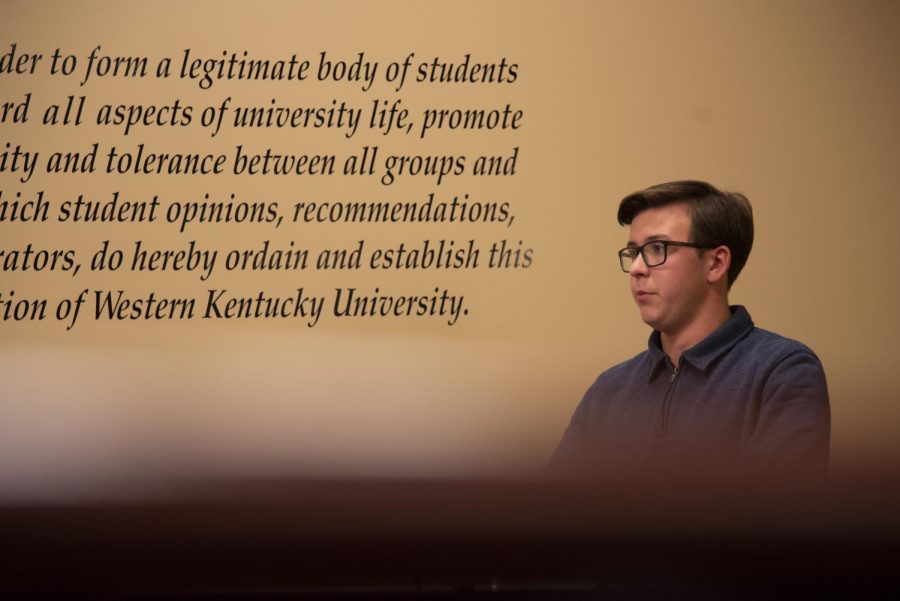 The Student Government Association discussed the new Pass/D/Fail system for the fall semester and passed two bills at its final meeting of the semester.

Student body President Garrett Edmonds spoke about the new PDF resolution and congratulated senators on the work they put into getting it passed. Students can now request to take a “pass” if they receive a B or C as their final grade in a class.

“Everyone put time into this, students alike with signing the petition, so I thank all of you for your dedication,” Edmonds said.

After Edmonds spoke and committees gave their reports, two bills were brought to the floor and voted on.

The first bill introduced to the floor, authored by Matthew Thomas, was for SGA to pledge support to a new campaign called “Drive Safe Hilltoppers.” The bill passed unanimously.

This means that SGA will use its social media to promote safe driving procedures and on-campus driving guidelines.

The next bill introduced was to allocate funds to a variety of WKU organizations, including HonorsToppers, College Republicans, Zeta Phi Beta and the Sociology and Criminology Club. The bill passed unanimously. This money will go towards various improvements and fundraising efforts.

SGA will not meet again until the spring semester, but will continue to work on legislation until then.