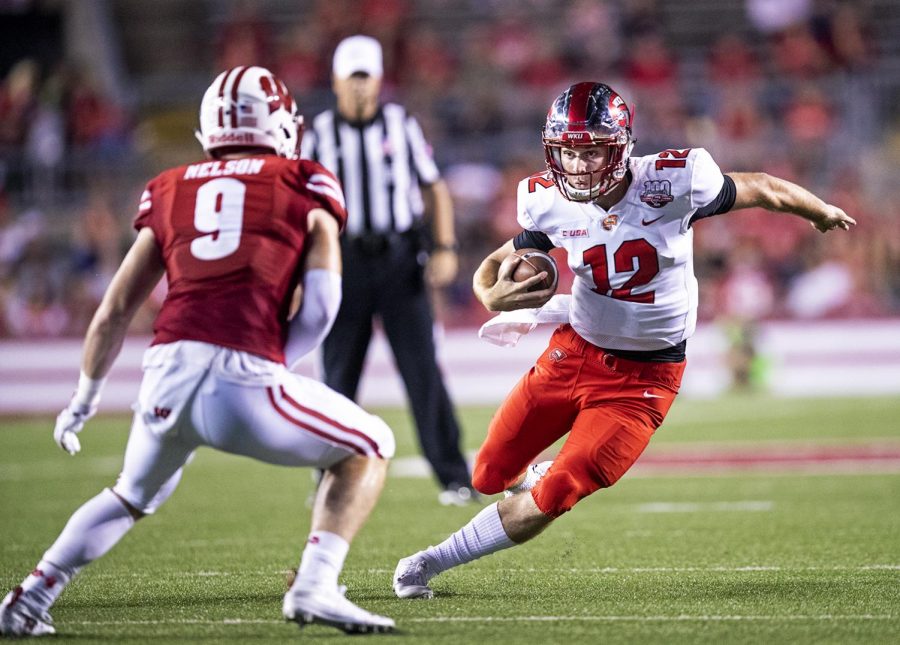 WKU has hit a roadblock at the tail end of the 2020 regular season, as a pair of quarterbacks in redshirt sophomore Kevaris Thomas and redshirt junior Davis Shanley have entered the transfer portal.

Thomas’ decision to move on from the Hilltopper program was announced Tuesday afternoon, while Shanley’s announcement came about on Monday.

Both moves are coming after WKU’s matchup with the University of Charlotte was cancelled.

Thomas, who was looking to be the future signal caller for the Hilltoppers going into next year, appeared in five games over his three years on the Hill. The tank-like quarterback threw for three touchdowns on 375 passing yards, while completing 52.8% of his passes.

Shanley on the other hand, had no clear direction within the program after 2018 where he started in four out of the nine games he played in. The veteran threw for 942-yards and three touchdowns that season, yet has not taken a snap since then.

With Thomas and Shanley packing their bags, that leaves graduate Tyrrell Pigrome, freshman Darius Ocean, and freshman Grady Robison left on the quarterbacks list. This being said for the rest of the year and with Pigrome’s decision to make his return to WKU next season still in the balance.

Pending a decision from Pigrome coach Helton may have the most crucial offseason he has ever had coming up as the head coach for WKU.

The Hilltoppers may look to Ocean or Robison for the 2021 season as their starting quarterback moving forward.