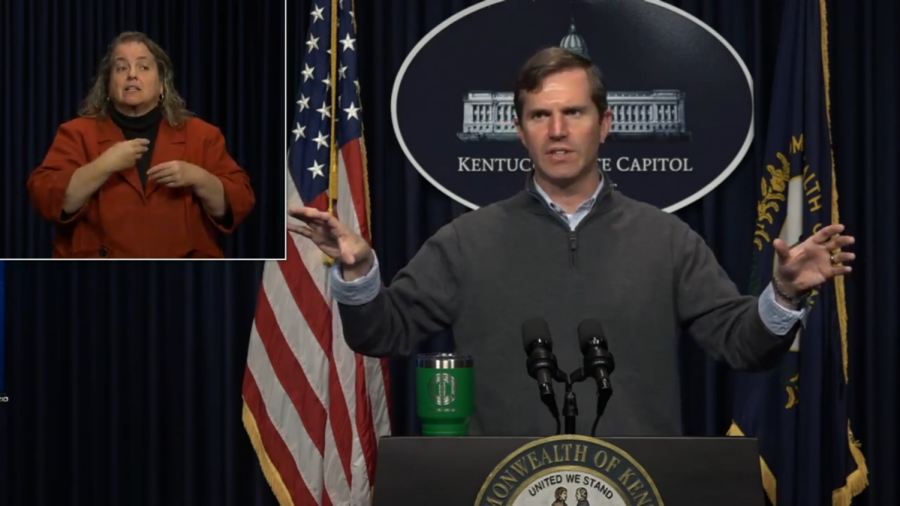 “Kentucky is at a 9.2% infection rate,” Beshear said. “This is not just more testing, but more people getting and spreading the virus.”

The White House COVID-19 federal report stated “We are in a very dangerous place due to the current, extremely high COVID-19 baseline and limited hospital capacity; a further post-Thanksgiving surge will compromise COVID-19 patient care, as well as medical care overall.”

Health official Steve Brown cited Thanksgiving traveling and gatherings as the reason for COVID-19 spikes and warned of upcoming spikes.

“We have every reason to believe that Thanksgiving gatherings will cause surges for weeks to come,” Brown said. “It’s important during upcoming events like Christmas and New Years we follow all precautions to slow the spread until coming vaccines are widely available.”

Brown explained the magnitude of increasing cases and lack of hospital beds available citing King Daughters Hospital in Ashland, Kentucky as using lobbies for overflow patients. The current rise in cases is causing extreme strain on hospitals and workers across the state.

“If we don’t do simple things like wearing a mask when you go out in public, we will see a rapid increase in cases and deaths,” Brown said. “We could get this virus locked up in as little as four weeks if we see an increase in state-wide compliance.”

Beshear also took a moment to honor those who had been lost to COVID-19, including 67-year-old ICU nurse Michael Rodriguez, who died Nov. 10 and was laid to rest the day before Thanksgiving.

“After a serious fever, Rodriguez was brought to the hospital where he worked and was treated by his friends,” Beshear said. “After his health took a turn for the worse, he later died in the very ICU where he worked. That had to have been hard on his friends.”