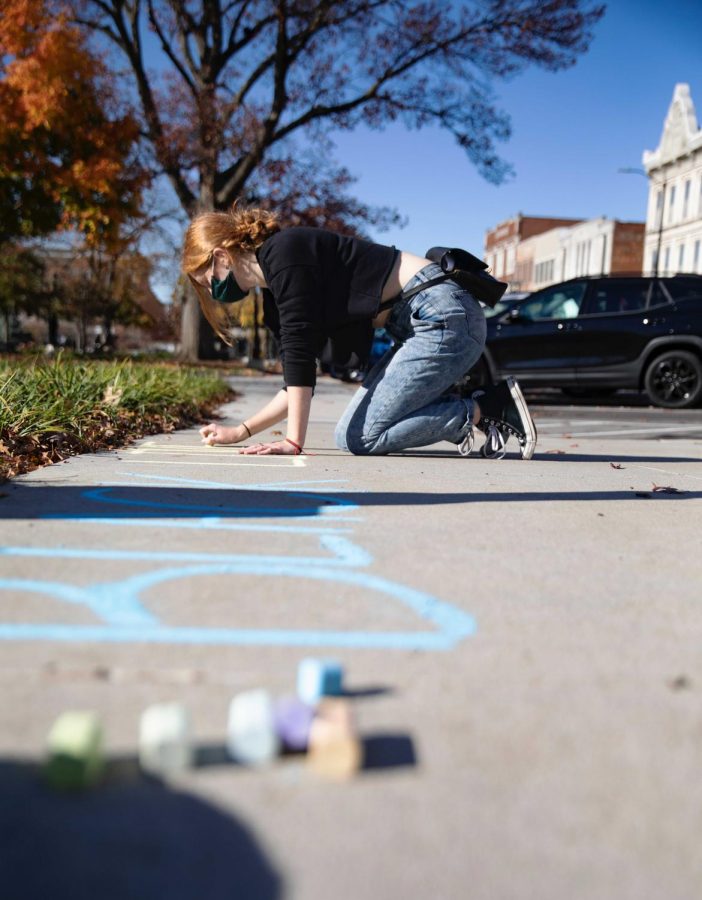 The group consisted of freshmen Chloe O’Bryan and Alyssa Land, junior Summer Wei, and senior Jessica Williams. The chalking campaign is a collaborative project for their Honors 251: Citizen and Self class.

Their campaign’s focus is on the Black Lives Matter movement and the issue of police targeting and brutality against minorities.

“Only when people are informed can they make decisions that will have an impact on the community,” O’Bryan said. “We ended up doing the chalking campaign as a form of education and with the goal of getting people involved.”

The group wrote a line of statistics about systemic racism and injustice in America around Fountain Square Park and on multiple sidewalks.

To Williams, keeping movements like Black Lives Matter relevant and active comes down to personal action.

“Our society is built on white supremacist values, so I think it’s really important to be educated about those issues, learn history, and learn from people of color about the issues,” Williams said.

Land and Wei both agree that it is important to actively support the Black Lives Matter movement in light of recent events.

“There’s still so much to be done,” Land said. “A lot of media attention has been brought to it, but not much action has been shown.”

The group received support from bystanders as they walked by the chalk art. Many asked more about their motivation behind the campaign.