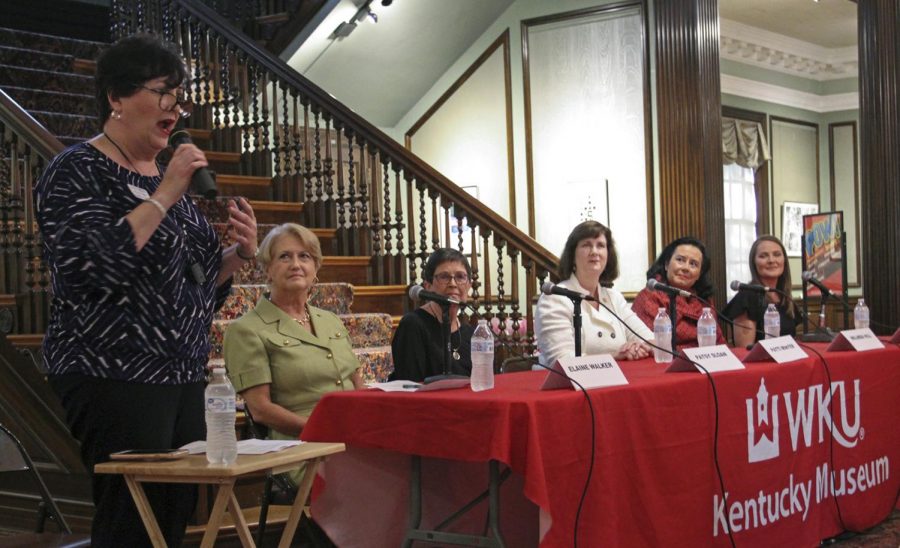 Bowling Green native Melinda Hill is no stranger to the city commission, having served three terms in Frankfort’s government.

Hill’s motivation for reelection this year is her love for serving the people.

“I just really like being there for our citizens,” Hill said. “I feel like they know they can call me and get an answer. I am able to get things done, and I like to help our citizens.”

Hill would like for the Bowling Green community to know that she is there for them. With her years of experience previously as a city commissioner, where she held titles such as Deputy Commissioner of the Department of Revenue and the Chief of Staff of the Finance and Administration Cabinet, Hill believes her experience will help keep the town prospering.

“To me this is a much larger issue,” Hill said. “I was glad to see that the Supreme Court extended the civil rights protections to employment for the LGBTQ community back in June. I believe this issue goes beyond the city. It needs to be addressed at the federal level.”

With the friction between Black people and police officers at a high, Kentucky has seen its share of protests. Bowling Green’s Black community has put together several protests, which have all been peaceful.

Hill expressed gratitude that Bowling Green has remained peaceful during these times.

“I think we can get a lot more accomplished through peace rather than rioting, so I am very thankful for that,” Hill said. “I am there for all citizens, no matter the color.”

“No matter if it is schools, the police department, businesses, city governments and more,” Hill said. “Everything can be improved. I will always be looking for ways to improve everything in the city.”

“We need to allow our young people and families just getting started to be able to buy homes that are affordable and nice,” Hill said. “I know houses are starting to sell for so much more, and it’s getting harder for people to purchase them. I’m definitely in favor of improving our affordable housing and finding ways to do so.”

When it comes to roads in town, Hill specifically would like to work on narrow roads such as ones in neighborhood communities.

“I want the best safety for our citizens, and sometimes if there are a lot of cars parked on the street it’s hard for drivers to get down that street,” Hill said. “Also if children are playing it also creates a lot of blind spots.”

Overall, for the upcoming election, Hill would like for people to keep in mind her experiences with city commission and government to help the mayor and the city of Bowling Green.

“We don’t know too many things right now in our country and in our city, but one thing is for sure and that is after the election on Nov. 4 we are going to have a new mayor,” said Hill. “So we need experienced commissioners in order to help that mayor to keep Bowling Green thriving.”