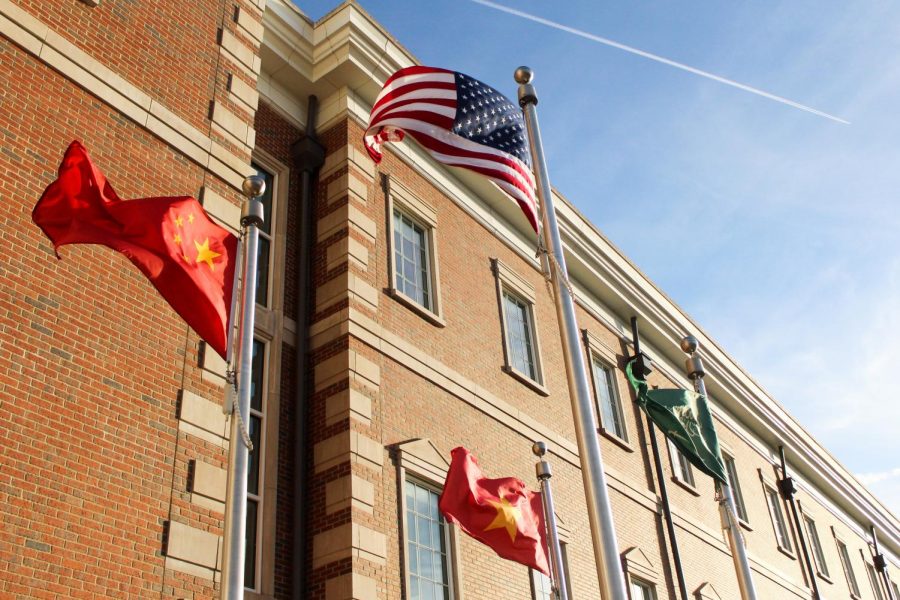 The IEW page on WKU’s website identifies the university’s goal for the week: “to provide events and programs that encourage the WKU community to experience diverse cultures; engage in intercultural dialogue, and learn about internationalization resources and opportunities.”

Diana Howard, program coordinator for WKU Study Abroad and Global Learning, said in an email that IEW is geared to global education and cultural celebration.

“It provides a platform for students, faculty, and staff to share ideas and have conversations about global affairs and topics that interest them,” Howard said in her email.

“The purpose of IEW is not to bring students into a study abroad program but quite possibly a student may become interested in a culture or location based on a session that he/she attends,” Howard said.

Howard said that she worked alongside her colleagues to put together the event this week for WKU. All of the partnering universities shared Juju Chang, Emmy Award-Winning co-anchor of ABC News’ Nightline, as a keynote speaker.

“Especially now when the world is at a standstill, IEW gives us an outlet to celebrate various cultures and an opportunity to learn,” Howard said. “We have several sessions that allow our international students to share their cultures and topics of interest.”

Associate Provost for Global Learning and International Affairs John Sunnygard said that students should attend the week’s sessions due to the stress associated with the changes brought on by the pandemic, and hopes that IEW will open up windows for them.

“We want to remind students that even though right now they can’t get on a plane and study abroad there are other ways to engage, that they can still plan to study abroad because we will be sending students around,” Sunnygard said.