How Mitch McConnell has campaigned towards college students 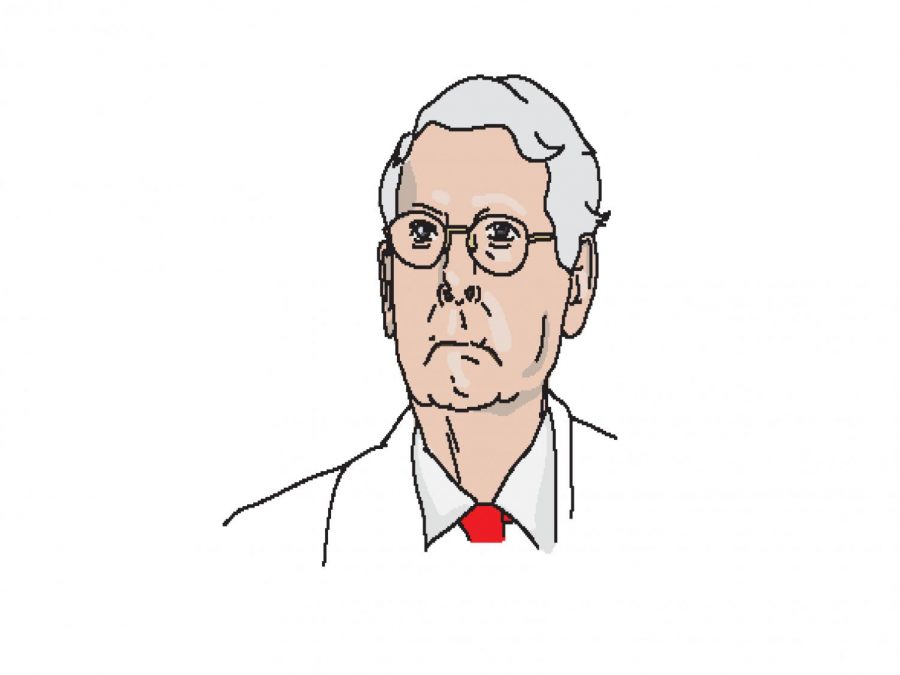 Campaigning is a key component of winning an election, and many candidates typically focus on college students for votes.

Mitch McConnell is currently Senate majority leader and is up for re-election this week against Amy McGrath. The McGrath campaign has held several events in Warren County and regularly has the WKU Young Democrats advocating for her. How has Mitch McConnell campaigned towards college students?

Garrett Edmonds is a senior majoring in political science, and minoring in agriculture. Edmonds was also elected president of SGA earlier this semester. He also did a brief internship with the Republican Party of Kentucky. Edmonds said he felt McConnell has focused his campaign towards getting votes from college students.

“It’s like any other campaign going on right now,” Edmonds said. “I know the Republican Party of Kentucky does look to target on college campuses [and] College Republicans because a lot of times, people that are overly involved in that organization or those types of political organizations are looking for potential internships, volunteer time, resume building opportunities to get more invested in the campaign and seek an internship in D.C. ”

“Obviously Amy McGrath has done very well for herself and targeting College Democrats,” Edmonds said. “Those organizations that have been very vocal. I know a number of individuals that are affiliated with College Democrats that have signed up on her campaign from day one and are partly responsible for getting her to campus.”

Edmonds compared the visibility of campaigning on campus between the two Senate candidates. He mentioned the significance of events that encourage voting, as well as off-campus opportunities for McConnell to campaign.

“At this point, I would have to agree that Amy McGrath has done an incredible job of getting connected with young people on campuses,” Edmonds said. “But I also say on the flip side of that McConnell’s team and the Republican Party of Kentucky has done very well as well. What I think you don’t see out of the way, the Republican Party is running this campaign right now has a lot of events on campuses, but I have heard of opportunities off-campus where I do know college students have been invited to go to. I know that there are opportunities off-campus for events get out to vote events, you know, that sort of thing. And so I think it’s just different campaign strategies, at work, and not to say that one’s not focusing on college campuses and the other is I think they both have done a decent job of getting pull off of college campuses, but I just know that McGrath has definitely vocalized it more than he has, you can visually see it on the college campus.”

Social media has played a major part in this election due to COVID-19, in which Edmond discussed his experience running for SGA president.

“It’s because of COVID we had to postpone the SGA elections because we just thought it would be wrong, you know, if we ran in April when we all went off-site and virtual learning solely,” He said. “We thought it would be wrong as an administration to do a social media campaign because the reality is it would just be a popularity contest and I know that is what voting is. It is voting for the most popular candidate and the most popular candidate wins.”

He also discussed the importance of meeting candidates face-to-face before determining who to vote for.

“I think it’s important for students to see the candidates face to face in having conversations,” He said. “Not just through a screen because I think there’s a big part to shaking an individual’s hand and being told something to your face that reflects how you’re going to vote.”

Edmonds also mentioned the Senate candidates’ use of social media and the political ads that ran during election season.

“I think social media has definitely evolved for political ads and I think they now know that if you want young people to vote,” He said. “You got to target what they’re always doing and that’s something on their phone, it’s just the reality of it and we are a generation that cannot be away from our mobile device for more than 20 minutes. I think both campaigns though overall and done a very good job of putting the money towards the ads. And I will say I think it’s to the benefit of both because, given COVID and everything going on, we just can’t hold the in-person face to face meetings that we once could during campaign season. I think ads can be very misleading at times if you don’t do your research on both candidates for both sides. If you don’t do your research, but that’s politics, that’s campaigns in general campaign 101.”

Regardless of the ways each candidate has campaigned, Edmonds believes that Senator McConnell will win again.

“Just from my own political science perspective,” He said. “I think it’s a shirt up race for McConnell, [and that] McConnell is going to win. I’ve thought that for some time.”