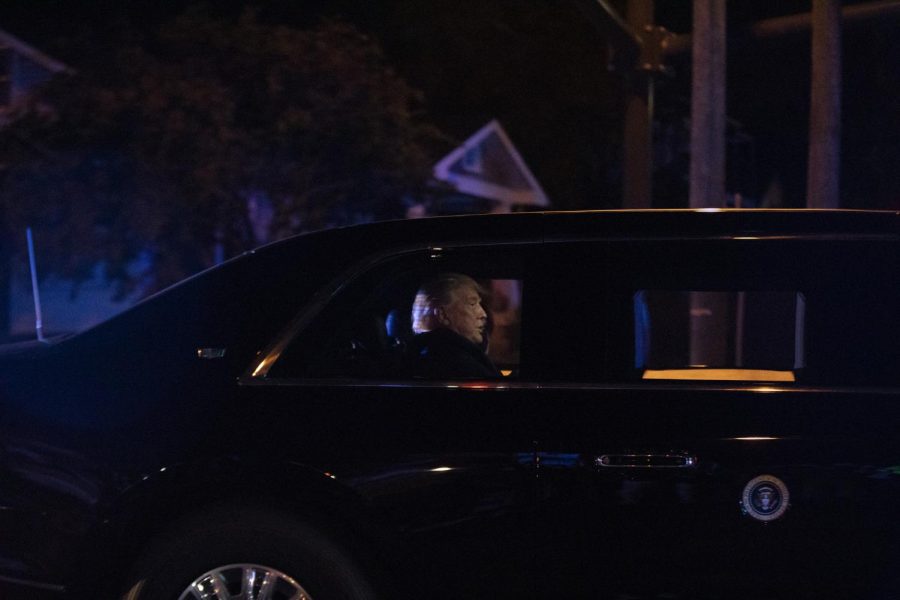 President Trump arrives at Belmont University on Oct. 22, 2020 for the third and final debate of the 2020 presidential election.

As of 6 p.m. Tuesday night, 18% percent of Kentucky’s precincts have reported poll results.

Trump has won all eight of Kentucky’s electoral votes.

“Republican President Donald Trump defeated Democratic former Vice President Joe Biden to carry Kentucky, a state where the GOP has dominated federal elections for more than 20 years,” according to the AP’s website. “That includes the last presidential election, when Trump carried Kentucky by 30 percentage points.”

“In the 2020 U.S. general election, The Associated Press will declare winners in more than 7,000 races – starting with the White House and reaching down the ballot to every seat in every state legislature,” according to the AP’s website. “This hallmark of AP’s Election Day news report is produced by a dedicated team of election analysts, researchers and race callers who make up our Decision Desk.”