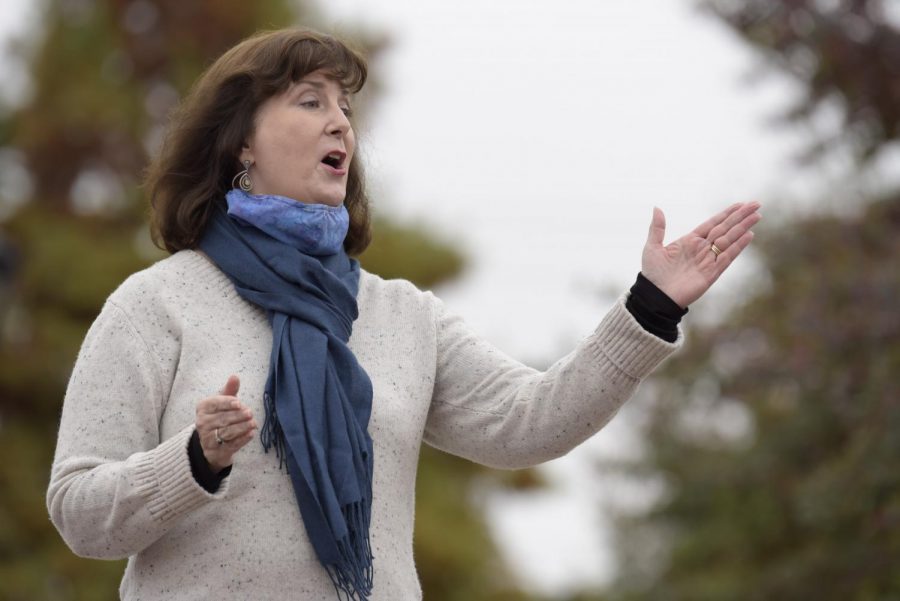 The Kentucky District 20 representative election brings state-level is- sues into focus amid a divisive presidential election.

In 2018, Democratic candidate Patti Minter became the first female representative to be elected in District 20 and the first woman to serve in the Kentucky General Assembly from Warren County. This year, independent candidate Leanette Lopez seeks to challenge Minter and become the second.

Minter has campaigned on issues surrounding protections for members of the LGBTQ community, affordable housing and healthcare, legalization of medical cannabis and better funding for public education.

Lopez has focused on providing funding for Medicaid, lessening civil liabilities for small businesses and supporting Kentuckians harmed by COVID-19.

Minter first began to advocate for the passage of a Fairness Ordinance in 1999 following passage of similar legislation in Lexington and Louisville.

Despite initial rejection by the Bowling Green City Commission, Minter again ramped up efforts for such legislature in Bowling Green in 2013.

Minter still advocates for the ordinance, which has not been adopted, but says her efforts have taught her directly how to work within government.

“I spent lots of time at City Commission meetings,” Minter said. “I also went to the General Assembly, lobbied [then representative Jody Richards] on behalf of the Fairness Movement, went to rallies and got a better sense of how the General Assembly and the lawmaking process work.”

Minter is a primary co-sponsor for House Bill 225 which seeks to implement a statewide fairness mandate.

Lopez said no person should be discriminated against for their sexuality or identity but feels that a Fairness Ordinance is not the most effective way to protect LGBTQ people from discrimination.

Lopez said an ordinance would primarily upset businesses and property owners who may be under threat of a lawsuit.

Minter has supported House Bill 136, which seeks to legalize medicinal cannabis use in the state, for the past two legislative sessions.

“It’s disappointing that the Kentucky Senate has failed to act on medical marijuana, which has a broad base of bipartisan support and medical evidence supporting it,” Minter said.

Lopez also expressed support for medicinal legalization, hoping it would prove a cheaper means of pain relief for patients in need.

“Let’s say for instance veterans that have chronic pain, a lot of their insurance doesn’t cover a lot of things,” Lopez said. “And if medicinal cannabis were to help them at a lower cost and it’s the only thing that they have ac- cess to, I’m not going to be an animal and let them go through that pain.”

Minter sponsors Bill Request 57, which seeks to implement protections for healthcare recipients with preexisting conditions, and House Bill 12, which seeks to cap insulin costs at $100 for a 30-day supply.

“My son has Type 1 diabetes, so it’s personal to me,” Minter said. “I know firsthand how the cost of his insulin has gone up over the years.”

Minter said that the state needs to improve funding not only for K-12 schools but preschools and higher education.

“I always like to say that a budget is a statement of our values,” Minter said. “And if we say we value public education and now we need to keep people safe during COVID-19, that has been an added expense as well.”

Lopez said that while she supports individuals choosing where they go to school, her focus would be to improve public education so fewer families are tempted to switch to private education.

“Let’s focus on bettering that public school, bringing those resources that need to be brought, taking care of those pensions we promised,” Lopez said.

Minter co-sponsors House Bill 39 which seeks to gradually increase Kentucky’s minimum wage from the current $7.25 per hour to $15 by 2027.

“When people make a living wage, they have more money to spend,” Minter said. “Again, you can’t have a healthy economy if people aren’t spending money in that economy.”

“There are a lot of people that are totally against raising minimum wage simply because they’re business owners and that’s the greatest overhead monetarily that they’re gonna have,” Lopez said. “However, if bigger corporations can afford to raise minimum wage, I’m not against that.”